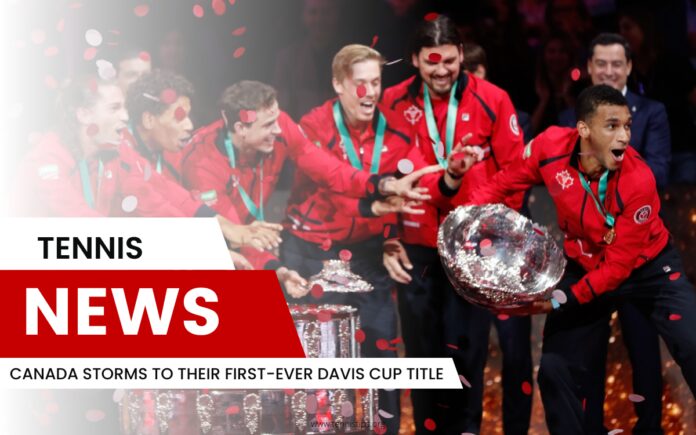 Canada had Felix Auger-Aliassime to thank as he defeated Australia’s Alex De Minaur in the second match of the day at the Davis Cup Finals in Malaga, so sealing his country’s first-ever win of the prestigious team tournament.

The so-called ‘World Cup of Tennis’ had ended up in Australian hands 28 times previously, but Auger-Aliassime and Denis Shapovalov were too good in Sunday’s singles.

Canada won the Davis Cup for the first time in their history as they defeated Australia 2-0 in the finals in Spain.

The national team tournament, being held in Malaga as one of the final events of the 2023 season, was only Canada’s second final in the Davis Cup.

And this time around, the North Americans needed just two of the three matches to secure victory, leaving a doubles match unplayed due to their lead.