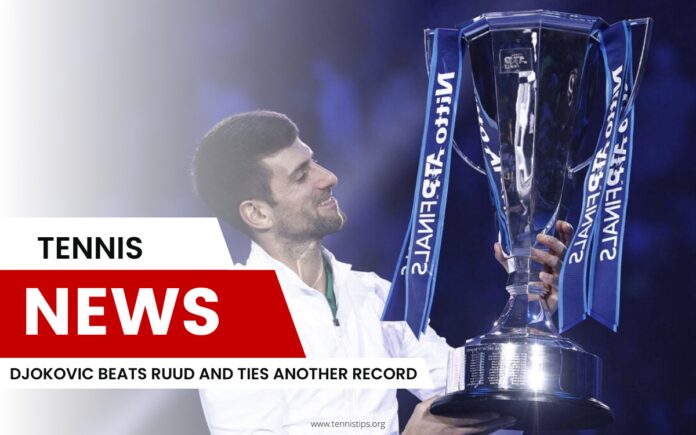 He beat Casper Ruud 7-5 6-3 to win the season-ending Nitto ATP Finals for a record-equalling sixth time in his career.

Djokovic’s title means that he equals Roger Federer for the tournament record of titles and becomes the oldest champion at the season finale.

The 35-year-old’s victory ensured he maintained his unbeaten run against Ruud. He walks away with a record payday of more than $4.7 million, as well as 1,500 ATP Rankings points.

The title is Djokovic’s first at the season-ending competition since 2015.

“Seven years, it’s been a long time,” Djokovic said. “At the same time, the fact that I waited seven years makes his victory even sweeter and even bigger.”