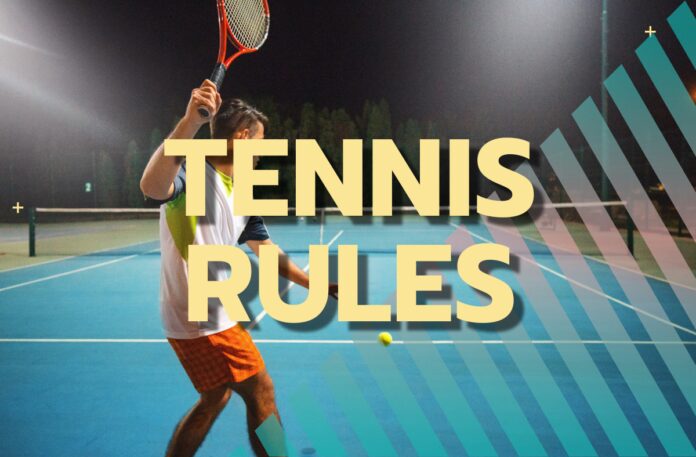 New to the sport and interested in learning how to play tennis? Energized to embrace this challenging sport? Great. What is your motive? Is it the social aspect of the sport? Not a concern.

The warmth of the culture in the tennis world is abundant, so locating tennis players to compete against at all levels is virtually guaranteed.

The social aspect of the game is awesome, but you will find that most athletes that play tennis are goal-oriented individuals who are driven to compete. Whatever your motive is, it is my pleasure to be a part of your journey in learning how to play tennis.

The key to success in learning how to play tennis starts with you.

The initial goal is to advance to a level where you can comfortably maneuver around the tennis court with ease and maintain confidence in your game.

Take “baby steps” at first, but always strive for excellence as you progress in learning how to play tennis. Just like a baby though, you have got to creep before you crawl, crawl before you walk, and walk before you run.

On another note, learning how to play tennis is all about attitude and commitment.

“Your Attitude, Not Your Aptitude, Will Determine Your Altitude.”

Trigger this powerful quote and be patient as you initiate this quest to learn how to play tennis. Maintain a positive attitude, stay focused and most importantly practice…practice…practice.

Did I mention that you must PRACTICE? Hint…Hint…Hint! 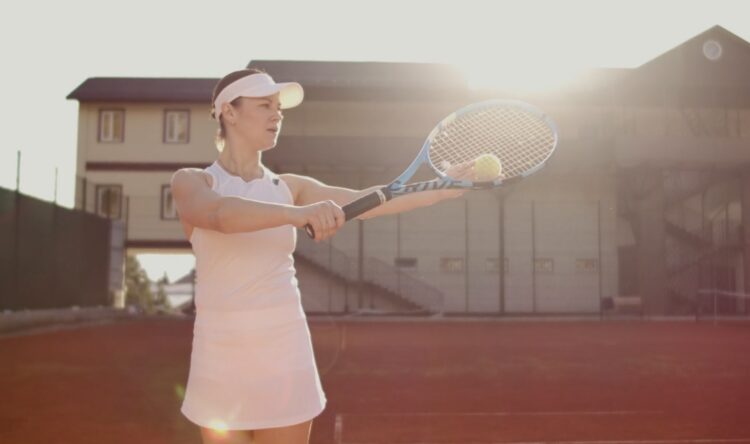 Singles, Doubles, and Mixed Doubles are the three most common types match competitions played in tennis.

Singles is a match between two players. As a competitor, you are considered your own team.

Doubles is a match between four players. Two players are on each team. You and your teammate are depending on each other to play together as a team.

Most tennis tournament matches are gender, competitive level, and age specific. Depending on the competitive level and age of the tennis player(s), matches consist of men vs. men, women vs. women, boys vs. boys and girls vs. girls.

Mixed-Doubles tournaments are the exception. A Mixed-Doubles match is similar to a doubles match with the difference being the gender make-up of the teams. Each team consists of the pairing of a man and a woman on each team.

First things first. It is important to note as you are learning how to play tennis and before you start any tennis activity for that matter, please take the time to stretch out and warm up thoroughly.

This will prevent possible injuries and also give you time to scout out your competitor’s strengths and weaknesses.

Time to play tennis. To initiate a match, tennis players decide amongst themselves who or which team will serve first and who will be on what side of the court to start a match.

There are several ways to decide this, but most competitors either flip a coin (heads or tails) or spin a racquet (letter or symbol on the bottom of the racquet is up or down).

A tennis serve initiates game play. The moment the tennis ball is served, the battle to win that point begins. Tennis players return the tennis ball back and forth until the point is played out.

The goal is to win the point by strategic game planning and game play. 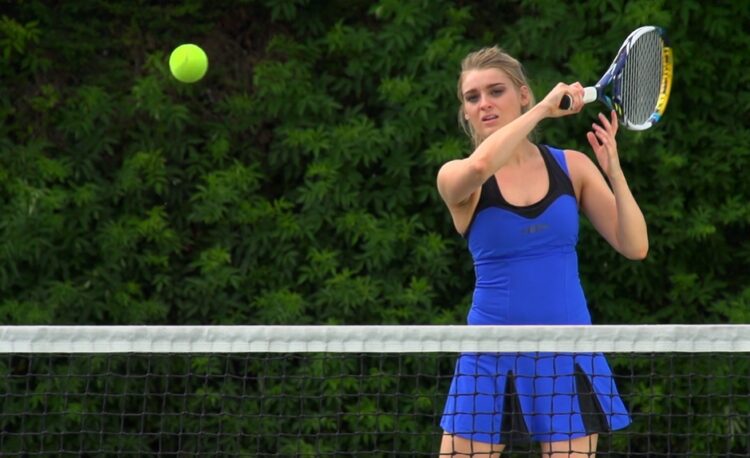 Points are won when your opponent…

When your opponent successfully executes a return to your side of the court, it is your task to return the ball by performing…

Points are lost when you …

Basically, the main purpose of the game of tennis is to keep tennis ball play. When learning how to play tennis, the most common action that derails most beginners is the fixation of striking the ball with power instead of returning the ball with precision and control.

To start off on the right track, practice controlling the ball first and as you progress you will be able to add speed as well as power to your game. 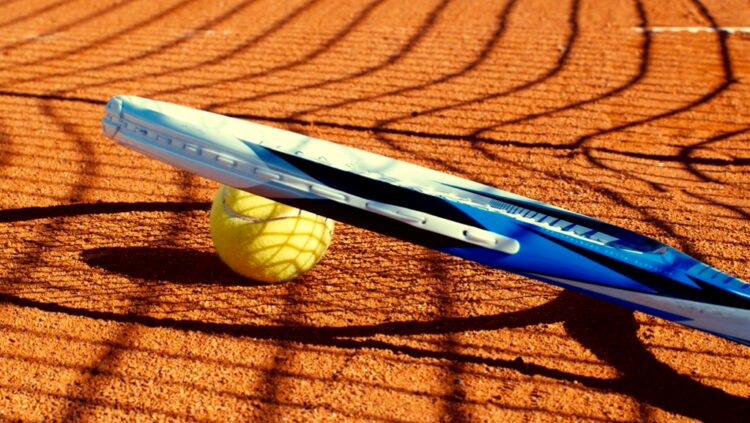 The goal is to serve the ball into what is known as the service area on the receiver’s side of the court. Throughout the game, the server rotates serves from the right side and to the left side of the baseline on the court. The receiver maneuvers accordingly from right to left to return the serve.

Tennis games can last from a few minutes to several minutes depending on how competitive the players are and how many points are played. It takes a minimum of four points to play out a game. In order to win a game, you must win by at least two points.

A set is a series of games played by tennis competitors. In order to win a set, one of the competitors must win a minimum of six games with at least a two game advantage.

Remember in order for a competitor to win a set, at least a two game advantage is required. Therefore, 6-5 will not close out a set. Game play must continue resulting in a final score of 7-5, 8-6, 9-7, etc.

A tennis set can last well over an hour in a competitive match unless tiebreaker scoring was established as part of the rules to determine a winner.

Prior to playing a match the maximum number of sets are established to determine a winner. Traditionally, competitors play 2 out of 3 sets or 3 out of 5 sets in order to win a match. 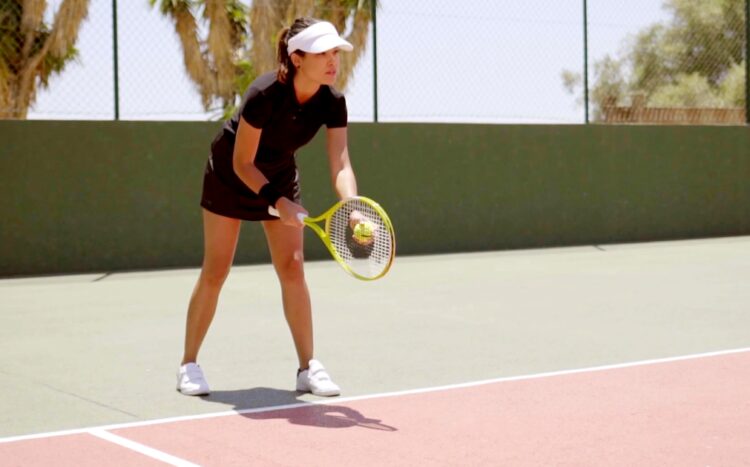 Tennis players are responsible for keeping track and maintaining the score in a game, set, and match. Sound off loud and clear enough for your opponent to hear you when shots are out of bounds or the ball double bounces.

Simply shout ‘Out’ or ‘Double Bounce’ and the point is over. No communication indicates the ball is in bounds and the point continues to play out. If the ball touches the line, the shot is always considered in bounds.

Umpires and tournament officials are available to settle point disagreements in most tennis tournaments. As a tennis player, it is your responsibility to make every effort to resolve disputes between you and your opponent.

If the issue can’t be resolved, simply place your racquet down on the court (so you are not disqualified for walking away from the match) and locate an umpire to solve the disagreement. Umpires typically move around from court to court throughout a tournament keeping an eye out for unfair play.

Tennis officials may elect to referee your match especially if you are in the semi-finals or finals in a tournament. Topnotch professional tennis players are fortunate to have umpires and line officials positioned around the court to referee all their matches.

What constitutes a tennis match? The answer is basic…a tennis match is constituted when the competition is established between two or four individuals or two or more teams.

Simply put, points are earned to win games, games are won to win a set and sets are won to close out a match. Competitors are always striving to advance to the next level of the competition with the ultimate goal of competing in the finals and winning the tournament.

Developing great habits and building a solid foundation is essential in learning how to play tennis. As you navigate this site you will find a number of detailed topics that will guide you in fine tuning your tennis game.

Tennis will challenge you both physically and mentally especially when you are in the initial stages of learning how to play tennis. Stay committed, concentrate on what you are doing and learn at your own speed.

Eventually, you will gain confidence in your game and advance to a competitive level as you progress in your quest in learning how to play tennis. 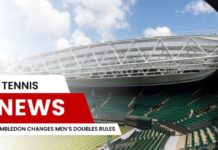 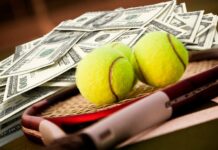