Home Tennis Tips What’s With the Underarm Serve? – Types of Serves in Tennis 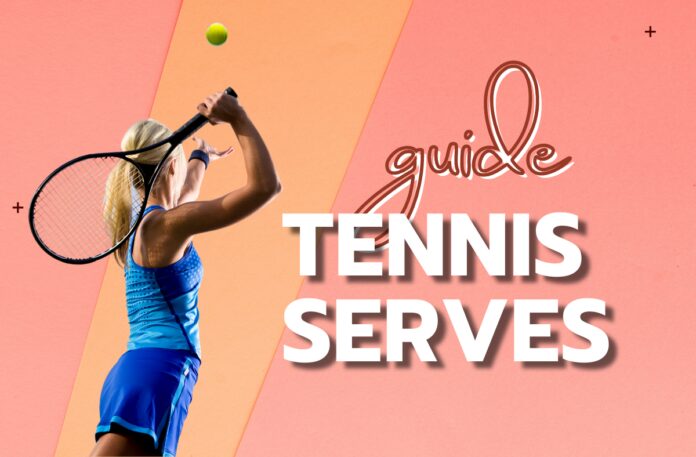 If you’re a beginner and new to tennis, you’re probably confused and overwhelmed with all the information and details. From all the different ways to hold a racket to the ways you’re allowed (or not allowed) to hit the ball—this sport can be very confusing at first. You don’t have to stress, though! We’re here to walk you through all there is to know about different serves in tennis!

When it comes to tennis, a strong and powerful serve is one of the most important assets to have. However, the ability to serve perfectly doesn’t come overnight and it can take a lot of time to master it.

If you want to improve your skills and rank high, you have to work hard and dedicate a lot of time to practice. Now, there is more than one way you can go about serving, and if you’re a beginner, you’re probably not aware of the serve types that exist. That is why we’ll provide you with a list of them so that you know exactly what route you can take when it comes to serving.

You might have heard something about the so-called ‘’underarm serve’’, and you could be wondering whether this type of serve is allowed or not. For that reason, we’re here to explain what the fuss about the underarm serve is all about and whether or not you should perform it.

The best part is that you can go through all the info without wasting time and spending eternity searching the Internet! Let’s get right into it.

Take a look at the table below to find out what the 4 main tennis serves are:

If you want a serve that is super fast and powerful, the flat serve is the one you should go for. You can use it to catch your opponent off guard, which can give you a great advantage and help you win. The continental grip and flat serve usually go hand in hand as well.

However, some of the best and most skilled players out there, like Serena Williams, don’t use the continental grip with this serve—she goes with the eastern grip instead. You should be careful, though, because if you’re not as skilled as she is, the continental grip should prove as a safer option.

Another way to confuse and distract your opponent and use that to your advantage is to go for the slice serve. This serve will draw out your opponent to one of the sides of the court, and it will leave the rest of it open.

Once you get your opponent out of his or her position, you’ll be able to take advantage to hit the slice serve and score the point with more ease.

As for the kick serve, it is recommended only for more advanced players. This serve is a bit more difficult to master and takes a lot of practice to do so. That is why beginners should avoid using it and go with the flat serve instead.

The kick serve will allow the player to hit specifically to the opponent’s weakness. This serve provides more control and less power, so you should consider that and see if it is something that fits your preferences. It is also often referred to as a heavy topspin serve.

Lastly, the underarm serve is the most controversial one, as well as the least commonly used. There is a good reason behind this, but we will get to that in a second.

What’s important to say is that this serve is mostly taught to children who are only beginning to learn about tennis and develop their skills. Some competent players use the underarm serve as well. However, this serve is not recommended nor encouraged, and we’ll explain why.

A Guide to Understanding the Underarm Serve

You’re probably wondering what’s wrong with the underarm serve and why it is not encouraged. Well, mainly because it is not exactly sporting.

Although this serve is not forbidden and you are allowed to perform it, doing so can raise some eyebrows. Here is why players are generally deterred from the underarm serve: 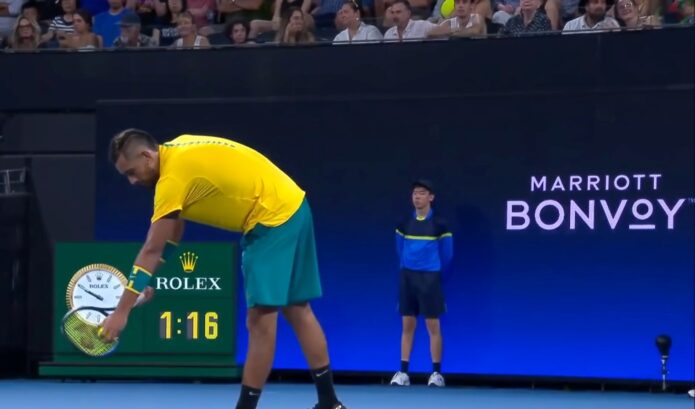 This usually takes the opponent by surprise and they have little to no chance to react properly. That is why the underarm serve is discouraged in any competitive and professional matches.

2. It’s Not as Effective 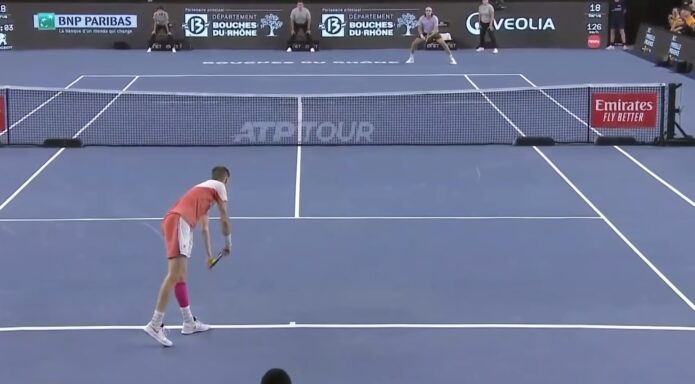 Nick Kyrgios is a tennis player who’s best known for using the underarm serve unapologetically, but you can watch his games and see for yourself how ineffective this serve can be. It mostly confuses the opponent and plays on his psyche during the match.

If you’re debating whether you should go for the underarm serve or not, the safer option would probably be not to. Although you could get lucky and manage to somehow get the point, the chances of that actually happening aren’t that great.

Not doing it will also help you avoid the so-called unsporting behavior, so there is really more to gain and less to lose.