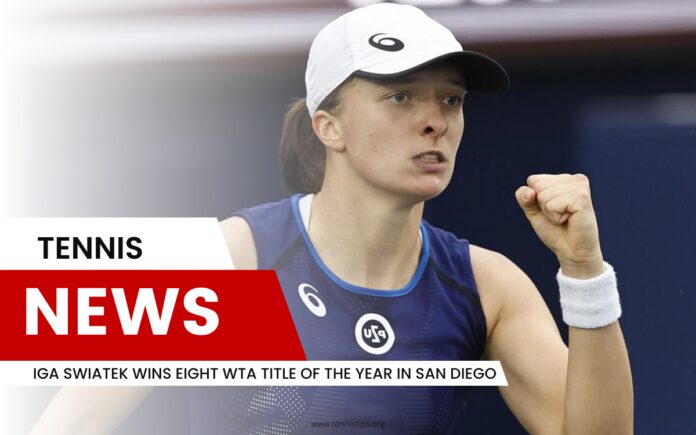 Iga won the game in quite a convincing manner, although the final result was 2-1. Swiatek won the first set 6-3, lost the second 3-6, and ultimately claimed the victory and title in the third set by winning 6-0.

With this victory, the world number one continues to pile up victories and points in her phenomenal 2022 campaign. It was her eighth title in the year, and this is the most since Serena Williams won 11 back in 2013.