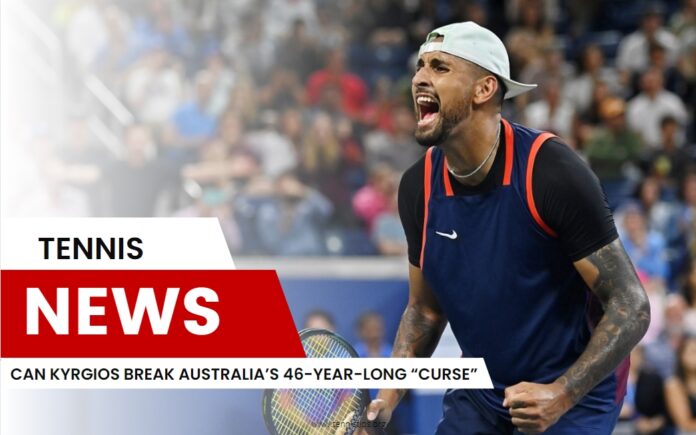 Australian tennis player Nick Kyrgios recently mentioned that he feels the pressure of expectations as he prepares for the Australian Open, where he hopes to win his first-ever grand slam trophy.

Kyrgios came close to winning his first grand slam title this year at Wimbledon, but he was no match for 21-time grand slam winner Novak Djokovic. The first grand slam tournament of 2023 starts on 16 January in Melbourne, and Kyrgios feels the pressure of the home court.

“I’ve always felt like pressure is a privilege. In the real world, there is no a lot of pressure to become a professional player. We earn a lot, travel across the world, and hang out with our favorite people.

“We meet different people and see different cultures. In the grand scheme of things, it is not the pressure, but I completely understand that my going out on the court creates a lot of expectations that “Nick Kyrgios has a legitimate chance to win the Australian Open” and that everyone in Australia expects great things from me,” Kyrgios stated.