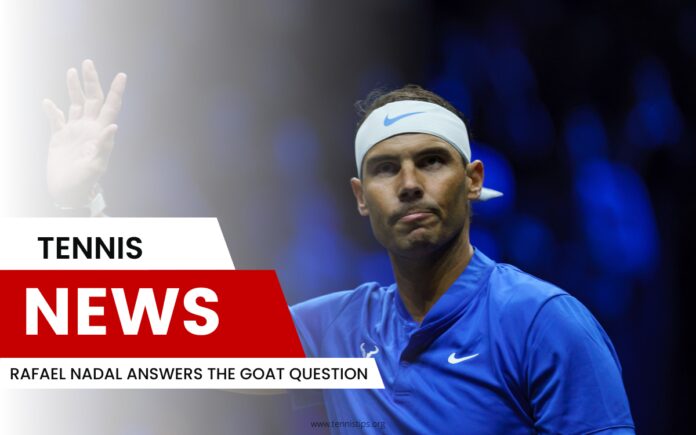 Rafael Nadal has spoken about his “sporting legacy” and whether he considers himself to be the best men’s tennis player in history.

The 36-year-old was joined by his friend and former Rafa Nadal Academy graduate Casper Ruud as the duo played in an exhibition match on a mini-court inside a metro station in Quito, Ecuador, on Sunday. It was the latest stop on the pair’s off-season tour of Latin America.

The duo, who currently occupy the No. 2 and No. 3 spots in the ATP Tour rankings, played out their opening exhibition match in Buenos Aires, Argentina, on Wednesday, with the legendary Spaniard taking a 7-6 6-2 victory.

Nadal was asked by the assembled media about his much-debated status as one of the greatest men’s players in history and how he viewed his legacy, given his famous rivalry with Roger Federer and Novak Djokovic.

“Well, honestly, I do not know if I am the best in history or not, but I do not consider it either,” Nadal told reporters.

“I think it is something that passes into the background. I think that with those other players, we have managed to fulfill our dreams, and in that sense, the sporting legacy is what it is, and we’ll see what it is when I finish my career.

“For me, the important legacy is that all the people who have been able to live with me during the 20 years of my career have a good human memory of me.”