Home News Swiatek Was Voted the Best Athlete in Europe 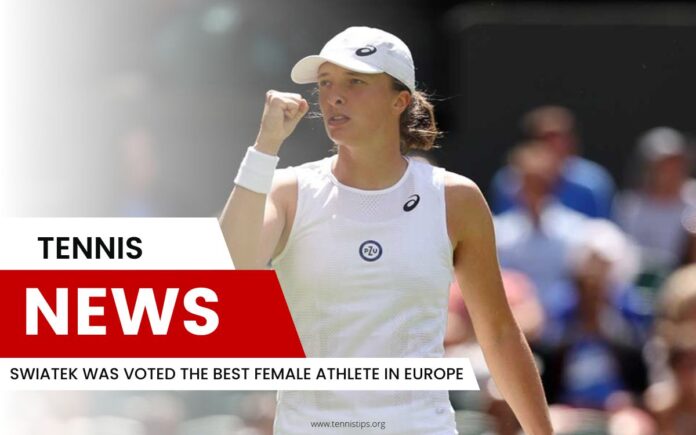 Polish tennis player Iga Swiatek was voted the best athlete in Europe in the 65th voting, which was organized by a Polish press agency, in which 20 European agencies participated and had a vote.

This was a very productive year for Swiatek, as she managed to win eight tournaments, including Roland Garros and US Open, and ever since April, she has been the number one on the WTA rankings.

Swiatek won 118 points in the voting, while the second place was reserved for Armand Duplantis, a Swedish Olympic athlete, while the third spot belonged to Formula 1 driver Max Verstappen.

Roger Federer holds the record for this award with five wins, while Serbian player Novak Djokovic has only one less than the Swiss.