Home News Swiatek With an Amazing Game at the WTA Finals 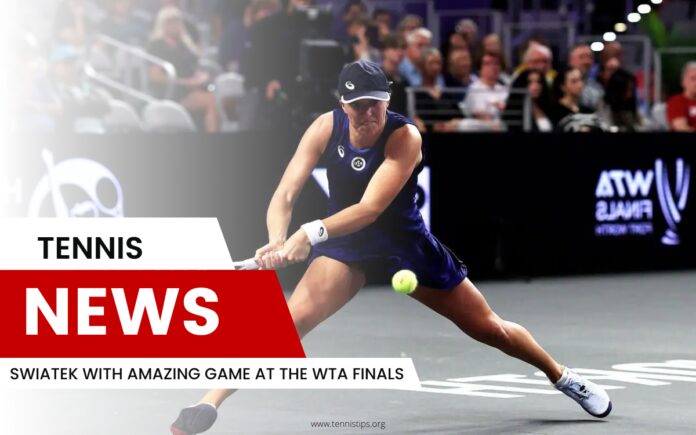 Polish tennis player and current number-one seed on the WTA list, Iga Swiatek, managed to defeat French player Caroline Garcia in two sets – 6:3, 6:2. This victory secured her first place in group A and advancement to the semifinals at the WTA finals at Fort Worth, Texas.

Swiatek managed to beat her opponent after an hour and twenty-five minutes of play. This was her 14th victory this season over rivals that are seeded in the top 10 on the WTA list.

In another match in this group, Russian player Daria Kastkina defeated American player Coco Gauff in two sets, 7:6 and 6:3, which kept her hopes for semifinal advancement alive and well.