Home News Alcaraz Does Not Like to Be Compared With Nadal 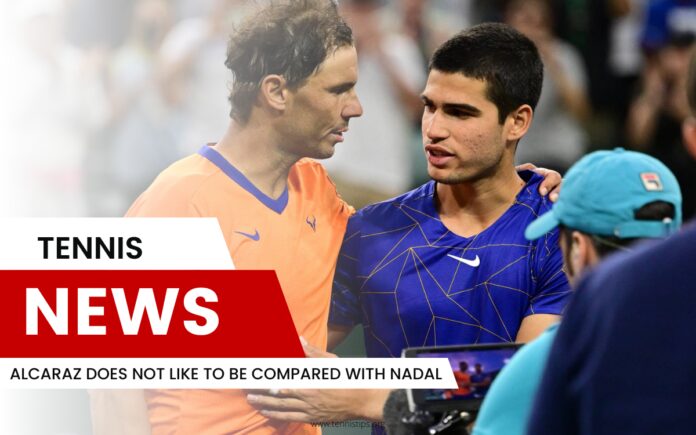 Spanish tennis player Carlos Alcaraz and the current number-one seed on the ATP list recently stated that he does not like to be compared with his countryman, Rafael Nadal. The player from Murcia said that the comparisons with the 22-time grand slam champion are not something that he is a fan of.

“It is pointless to make these comparisons. It is not important that I’m currently number one; Rafa’s career is worth way more than that,” Alcaraz stated. He also added that he hopes to achieve at least half of what Nadal did and that it is a real treat and pleasure to watch him on the court.

Young Spaniard also had to add the following: “The next season will be very difficult since I will start it as a favorite, and there will be a lot of pressure. But I’m giving my best to avoid that getting inside my head. At the end of it all, beating your idols is an amazing accomplishment.”