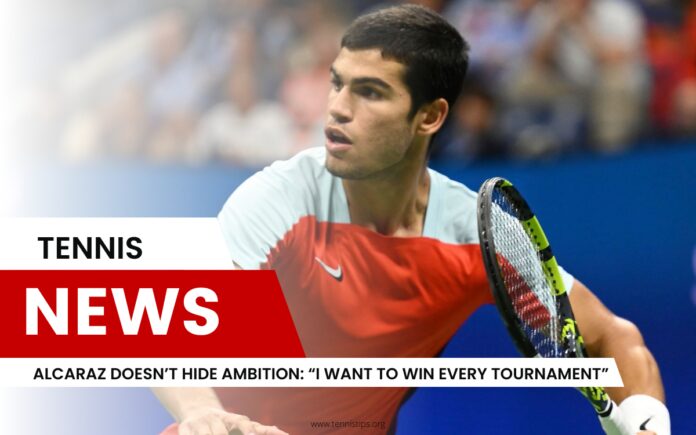 The young Spanish tennis player has a lot of optimism at the end of this season. Alcaraz managed to win the title at US Open, which made him number one on the ATP list. Afterward, he played in Davis Cup, and on his return to the ATP tour, he suffered a rough defeat by David Goffin.

Meanwhile, he decided to take some rest, and he returned to the court at the tournament in Basel. Until the end of the year, he is scheduled to play in Paris and Masters in Turin.

“My goal is to win every tournament and stay number one. I played several tournaments after US Open, so I didn’t have enough time to enjoy the fact that I won the grand slam title. Now I have new goals and challenges for the end of the season with new tournaments, so I have to be prepared for the upcoming challenges.” the young Spaniard stated.