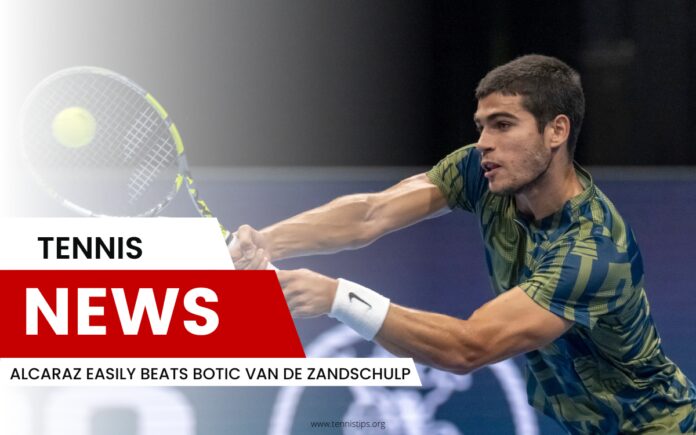 World number one, Carlos Alcaraz, easily defeated Dutch tennis player Botic Van de Zandschulp in two sets (6:4, 6:2), which secured him a place in the quarterfinals of the tournament in Basel.

Alcaraz showed that he has a very rich arsenal of weapons on the court, and it really showed as the match progressed. Alcaraz’s opponent in the quarter-finals will be his countryman Pablo Carreno-Busta, who managed to defeat Swiss Dominic Stephan Stricker.

The season’s end approaches, and it seems like all the top tennis players are shifting into the next gear. It will certainly be exciting, with all the season-ending tournaments that are approaching.