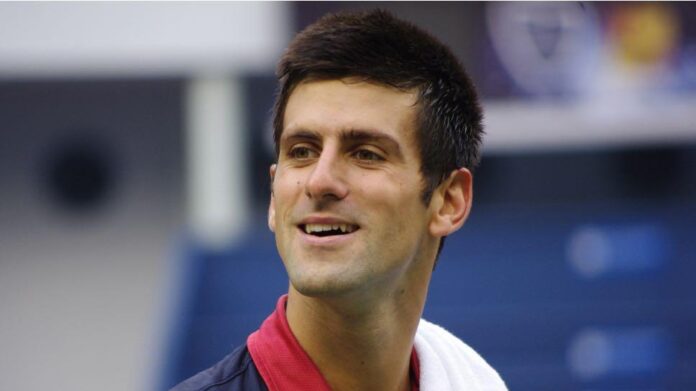 Due to the recent global events, the world of tennis has suffered significant setbacks. The impact of which is yet to be felt.

December 2023 and January 2023 were two of the most controversial months in the sport’s history. Novak Djokovic, number one ATP player, was denied participation in one of the biggest global tournaments — the Australian Open, due to visa issues.

The Australian Federal Court had a final word in the matter, confirming the earlier decision that Djokovic shall not be permitted to enter the country due to the travel restrictions issued by the Australian government.

As a result of these events, Djokovic was forced to completely miss out on the Australian Open, which was a massive disappointment for both him and his fans. Besides fans, also licensed sportsbooks like BWIN will have to be extremely careful on what tennis markets and odds are on offer. On the bright side of things, Craig Tiley, the tournament director, seems very optimistic that Djokovic will participate in the Australian Open 2023 and blames miscommunication and bad timing for the unfortunate turn of events.

This was actually the first time Djokovic had to miss out on such a high-level tournament due to the injury unrelated reasons. On several occasions, the injuries were stopping him from participating in big contests, and it was always noticeable how devastating of an effect it had on Novak and his team.

What is next for Djokovic?

Besides the emotional and physical struggles, there are some more practical consequences of his absence from the Australian Open. As you know, after every tournament, the ATP list is updated, and usually, the winner and the finalist significantly benefit from making it to the last round.

Since Djokovic was unable to earn any of the Australian Open ATP points, Daniil Medvedev, who made it to the finals, cut down the difference between them to just 1,240 points. After the tournament, Djokovic stayed ranked number 1, but there are a lot of things to consider now that other competitions are coming, and the gap between the two best players in the world is at an all-time low.

Speaking of the Australian Open 2023 finals, the player who came on top of the tournament was no one else than the legend himself – Rafael Nadal, currently ranked number five on the ATP list. Some of his statements made before the start of the Australian Open were greeted with judgment by other members of the tennis community since they felt that Spanian did not express support to his colleague and rival.

What adds fuel to the fire is that Nadal, who is on a mission to seize the number one spot once again, was criticised for his success on Australian Open 2023 since he, in many people’s eyes, “did not beat the best”.

Since Roland Garros is approaching, Nadal might get a chance to prove his doubters wrong. He is a huge favourite for this year’s Roland Garros, the tournament he ruled for many years before. Unfortunately for him, the most recent title was captured in 2023 by Novak Djokovic.

If, by any chance, Djokovic wouldn’t be able to defend it, Nadal would probably find himself open to the same type of comments once again, despite the fact that the Spanish player has won 13 of them so far.

After the Australian Open was completed, there were speculations on whether Djokovic would be even allowed to play in Roland Garros (aka French Open). The Serbian tennis player is officially a current champion of this tournament, and by participating in 2023, Djokovic would be making a run towards his third Roland Garros title.

However, there are no guarantees that he will 100% play or not. There is a lot of time until the start of the tournament, and France’s entry requirements are adjustable to the changes of global circumstances. This means that the rules which might be in Djokovic’s favour right now might not serve his best interest at the start of Roland Garros in May and vice versa.

If the scenario from Australia was to be repeated, an absence from Roland Garros could also mean the end of Novak’s reign. Losing the number one spot could be bad, but there are some more things at stake – Djokovic is also the record holder for the most weeks spent as the number one player on the ATP list. It is reasonable to assume that he wouldn’t want his remarkable streak to be ended, so it is yet to be seen what steps will he take to secure participation in one of the biggest tournaments of the year.

Winning against the odds?

Although the 34-year-old tennis player has a lot of good years left in front of him, many are worried that the recent turn of events might have a long-term impact on his career. After all, Grand Slam tournaments are organised only once a year, and since time is not a friend to any athlete in the world, the chances of winning another title are slightly dropping after every passing year.

Speaking about chance, another sports aspect will probably be changed due to the most recent events. Even though Djokovic has been beating the odds from the beginning of his career, they might get stacked against him once again. Considering his age, time spent off the court, and the potential decline in form, there is a probability that fewer people are going to see him as a winning favourite compared to before.

The whole tennis community is counting not only on Novak but also on other players and members to try their best to show up for the sake of fans and tennis history.

It is more than evident that a lot of effort is required from all the parties involved, considering what is going on in the world, but what makes champions is the ability to withstand difficulties when others can’t. Hopefully, the unfortunate turn of events from Australia will not go on to become the norm, so tennis fans around the world can go back to enjoying the first-class competition once again.