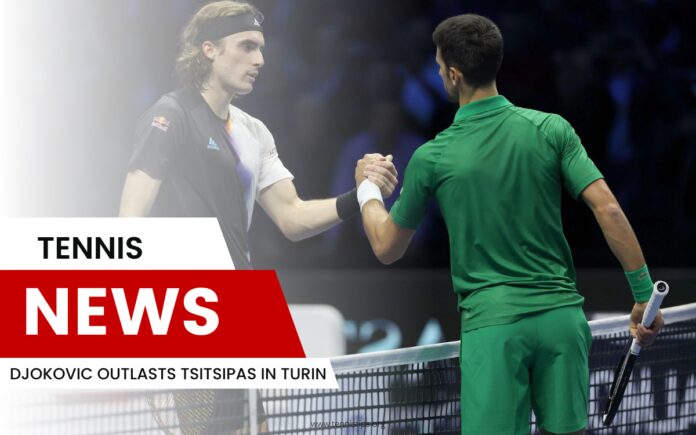 Serbian tennis player Novak Djokovic manages to defeat Stefanos Tsitsipas in two sets – 6:4 and 7:6 in the first match at Nitto ATP Finals in Turin. Djokovic got to his first win in the tournament after an hour and forty minutes of play.

The second set was far more intense and competitive, and both players served very well throughout it. The set ended in a tiebreak which ultimately tipped the scales toward Serb, who managed to outlast Stefanos.

In the next round, Djokovic will face Daniil Medvedev, who lost his first game of the tournament against Andrey Rublev 2:1.