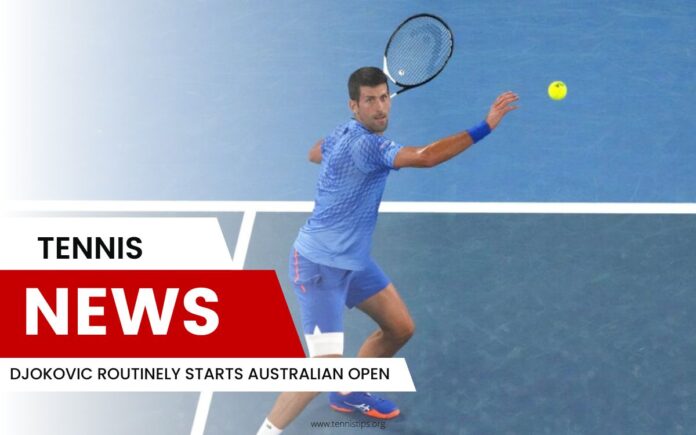 After a year of absence, Novak Djokovic played his first match in the Rod Laver arena and routinely managed to advance to the second round of the Australian Open. He convincingly defeated Roberto Carballes Baena in three sets – 6:3, 6:4, and 6:0.

This was an encouraging match for Novak Djokovic, who missed several training sessions before the Australian Open kicked off, which got many of his fans worried. However, all seems well with Serb, and he proved it today on the court.

Nole displayed exceptional play in all three sets, and he was increasing his level throughout the whole game. He did struggle a bit in the second set, but he managed to win convincingly in the third and secure his spot in the second round. There, he awaits the winner of the duel between Hugo Dellien and Enzo Couacaud.