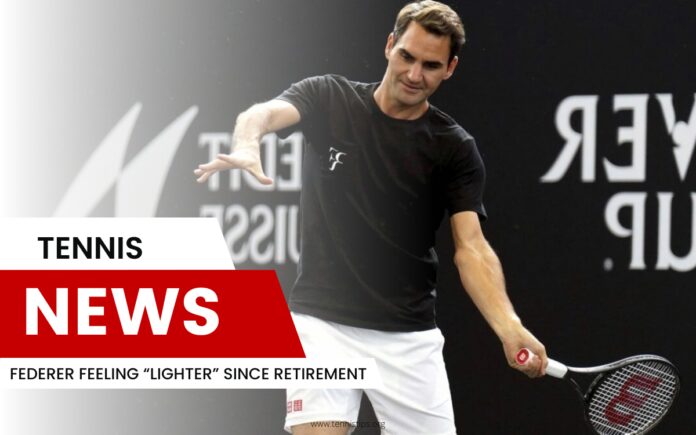 Federer is one of the most decorated tennis players of all time, winning 20 Grand Slam titles, but he said that taking time away from the sport could be the right option for players in need of a rest. The 41-year-old said tennis players are “humans, not machines.”

Roger Federer says he’s feeling ‘lighter’ since retiring from tennis and highlighted concerns that the need to show strength on tour can weigh on players mentally.

The Swiss legend, a 20-time Grand Slam singles title winner, stepped away from the sport aged 41 in September.

Federer is widely regarded as one of the greatest players of all time, but he is enjoying his new life away from the limelight.

“As a tennis player, you’re always thinking about your next practice, your next match. It never lets you go, your next travel, your next packing,” he said at a tennis clinic in Tokyo.

“I don’t think I was that much aware of it, how much that thought is always there, and it rides with you until you retire, and then you realize that stress all drops away.

“Doping as an example. We have to fill out doping forms every single day, one hour during the day, where you are. You’re always aware in the back of your head that they could be coming any moment, especially at that hour.”