Home News Fritz After a Win in Turin: “I Love to Play Against Top... 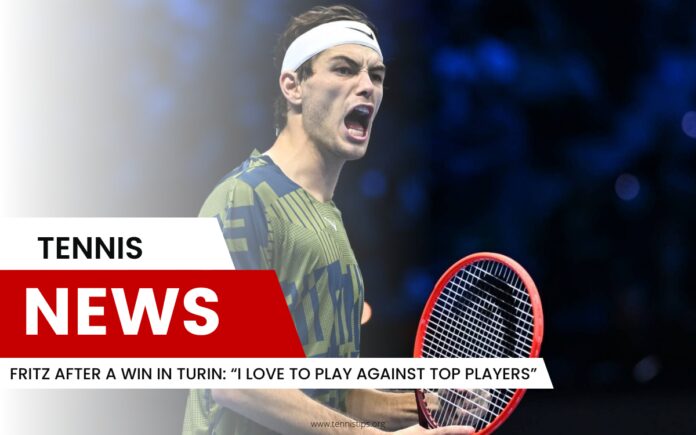 Taylor Fritz managed to get a very important win at the very start of the ATP finals in Turin. In the first round, he defeated the current number two in the world, Rafael Nadal, in two sets, 7:6 and 6:1.

This is Fritz’s first participation at the ATP finals tournament, and he debuted in a great fashion by defeating one of the all-time greats. He played confidently, and he did not have to face any break points throughout the whole game.

On the question of how did he feel as a slight favorite in the game, he answered: “I came out on the court thinking I would win if I served and returned the balls on a high level. The court is unpredictable – I miss a couple of serves, make a couple of mistakes, and I’m facing a break point, which can lead to a lost set. Still, I felt I had a chance.”

Fritz also added: “I like this format of the competition and the fact that I’m playing against top players. I think I play better against them because I know I have to, and I will not win if I don’t play the best I can.”