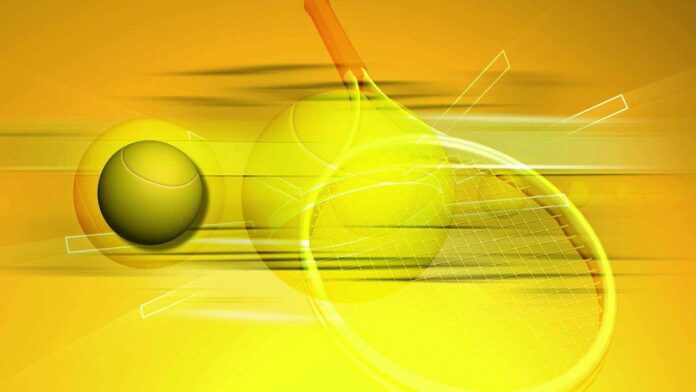 Despite tennis being one of the most popular sports in the world, tennis video games tend to be low on the priority lists of game developers. That’s not to say there aren’t some good titles out there. We’ve looked at some enjoyable Android games in the past for instance, like Virtua Tennis Challenge and Ultimate Tennis –– both of which can certainly keep you entertained. But for the most part, there aren’t a lot of satisfying, mainstream titles for tennis fans to turn to.

With that said, when you look past the big consoles and high-end expectations, there are some smaller and in some cases independent tennis games that are worth a look. Below, we’ll cover a handful of games like these that you can find and enjoy online whenever you like.

The controls in this game are very simple. You move an 8-bit tennis player left and right, and try to hit the ball coming towards you. However, it’s the fluid animation of the racquet’s swing that makes the game special. Apart from reminding us of classic titles like Out Of This World and Flashback, the game’s realistic speed forces the player to time their swing with precision in order to hit the ball at the right time. This is particularly hard considering that the objective of the game is to bounce the ball on a wall and hit it back repeatedly.

This game offers more realistic graphics than its predecessors, placing the player in the role of a tennis professional making their open debut. The difference this time is that players can choose where to aim their ball on the opponent’s court. This is done by way of a grid and a process that is carefully explained in a tutorial. From there, it’s simple: Proper aim makes it harder for the opponent to return, and the game is on.

Slot games have grown in popularity in recent years, with developers consistently adding clever animations and fun mechanics that have made the genre appealing to more than just dedicated slot enthusiasts. This tennis-themed slot game adds a particularly fun twist though. Every so often, the player will see a screen titled “Championship Bonus.” This triggers a mini-game in which you actually play a game of arcade tennis. You’ll have to choose between two types of serves, and if you win the match your payout increases. The more handily you beat your opponent, the bigger your reward.

As the name indicates, this is a slot game featuring realistic animations and sound effects from a range of different sports that will remind players specifically of what it’s like to watch tennis as a global sport, at an event like the Olympics. Indeed, the game gained a lot of visibility at Gala Spins when it popped up seemingly as a sort of unofficial companion to the 2021 Olympics. Accordingly, the game features sports like soccer and basketball as well. But tennis features prominently, and while the slot reel is fairly simple, there’s something charming about its celebration of the sport alongside other major international competitions.

This is a simple but charming online arcade game that was developed by MadPuffers and released in 2020. It’s a little different than some other arcade-style tennis games in that rather than placing you behind a player, or at a bird’s-eye vantage point, it shows you the game from the side, on a flat, 2D plane. From this point of view you control the player on the left (whom you’ll have selected from a number of options based on nationality and appearance), using simple keyboard commands to move back and forth and time your swings. From there it’s just a matter of outplaying your opponents (AI or human), either in quick-play matches or in tournament play. There’s not a whole lot to the gameplay, but it’s not quite as easy as it seems, and there is a bizarre wrinkle whereby you can gain certain advantages by hitting your ball through bonus bubbles. Among other things, these can temporarily trap your opponent in ice or shrink them to miniature form.

Looking to a slightly bigger experience (if still an imperfect one), it’s fair to say that no tennis gaming concept is more immersive than that of putting on a VR headset and assuming the role of a player in first person. First Person Tennis gives you that experience with surprisingly decent physics and a chance to play in 13 stadiums around the world.

There’s also a training mode that helps you adapt to controls, and online multiplayer competition for when you’re comfortable competing. VR is still imperfect, and this game isn’t without flaws –– but it’s fun, and it hints at what tennis gaming could become in the future. Indeed, once you start playing you can begin to imagine a more advanced version in which you step onto the court against legends of the game in a way that feels wholly realistic.

While there may be a lack of interest from studios in developing high-quality tennis titles beyond classics like Wii Sports or the upcoming Matchpoint, the fact is that fans of the sport have created multiple and sometimes very innovative games. Titles like the ones we mentioned may focus on a specific aspect, like timing the swing just right, or combining a slot game with the excitement of winning a match –– but they all celebrate tennis in engaging ways.

That makes for a lot of good options for those of us who can’t get enough tennis. And if that describes you, don’t forget to return to our website soon for content on any and all things around the sport sometime soon! 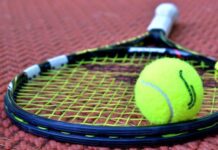