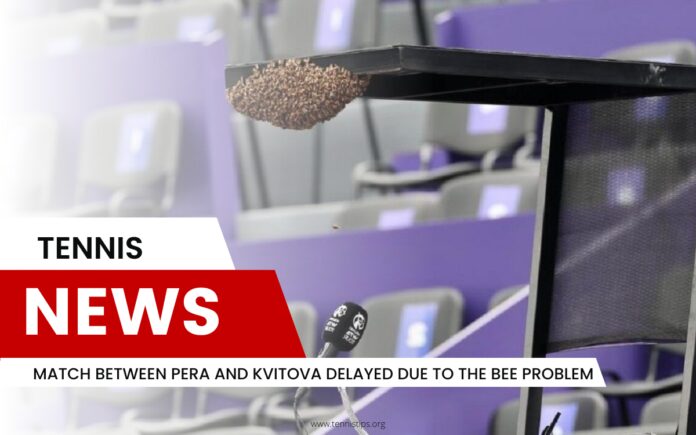 The start of the match between Czech tennis player Petra Kvitova and American Bernarda Pera at the WTA tournament in Guadalajara was delayed due to the bee problem.

The bees initially appeared on the referee’s chair, so the Croatian referee, Marija Cicak, was not able to take a seat. Afterward, both players did not come out on the court due to this issue.

Eventually, the bees were removed from the court, and the match started. Kvitova managed to win in around an hour and a half and managed to do so with a 2 – 0 result (6:3, 7:5). By winning, she completely justified the role of the favorite in the game.