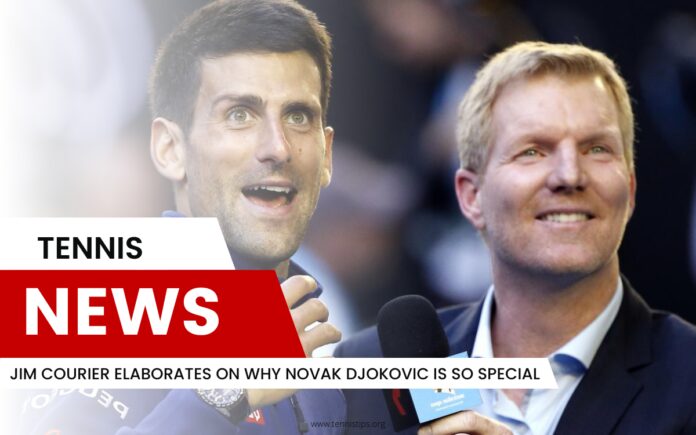 American tennis legend Jim Courier has detailed why Novak Djokovic is such a tough opponent and what makes the Serb so hard to break down. Djokovic, a 21-time Grand Slam champion, captured a record sixth ATP Finals title after beating Casper Ruud in the final in Turin.

In a limited number of tournaments played this year, Djokovic still managed to win a Grand Slam, a Masters, and the ATP Finals. At the age of 35, Djokovic is still a very dominant figure in the game. “One of the things that makes him so special is the way he uses the energy around him, and not always the positive energy around him, to stoke his fire.

Defiance is a signature characteristic for him. Any time the fans get on him, he uses that as fuel for his fire, and he’s such a vicious competitor. He’s tough to knock down on any level,” Courier said.