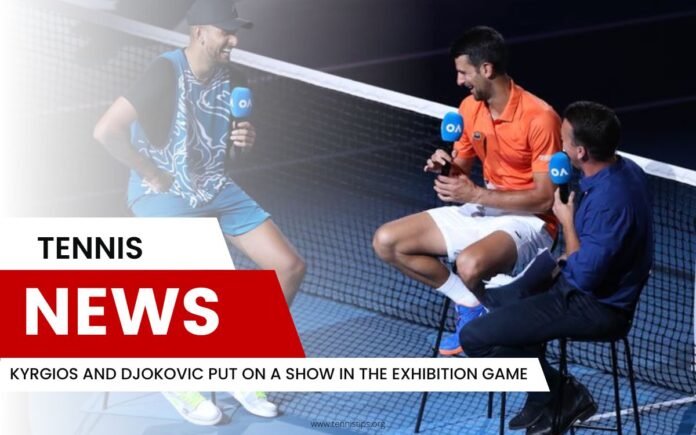 Nick Kyrgios and Novak Djokovic put on a fantastic show for the audience in the exhibition game in Rod Laver arena, which is just a sample of what is to come in the upcoming Australian Open, which kicks off in three days.

More than 15.000 fans filled the Rod Laver arena, which is the biggest tennis stadium in Melbourne, and all of them were in for a treat, as they got the chance to watch Wimbledon’s finals replay.

Both Djokovic and Kyrgios had lots of fun while entertaining the audience, and they made multiple attractive points. Novak showed that he is in fantastic shape and that he is well and prepared for the first grand slam tournament of the season.