Home News Medvedev: “No One Is Even Close to Djokovic and Nadal” 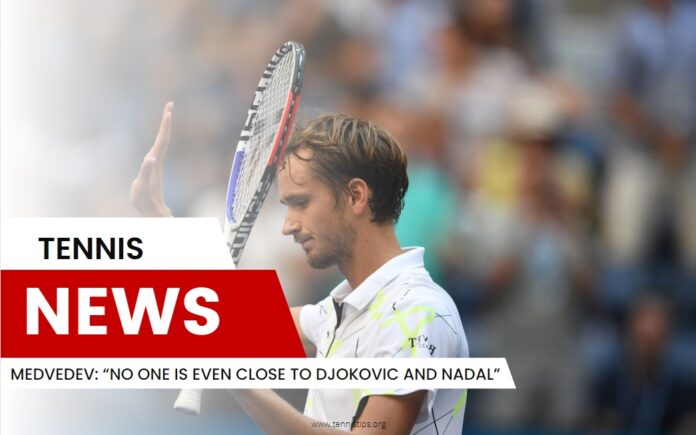 Russian tennis player Daniil Medvedev recently spoke about Rafael Nadal and Novak Djokovic and their long dominance in the world of tennis.

Medvedev was asked if he knows what the secret of the success of the Serb and Spaniard, who are currently in the later years of their careers but remain dominant on the ATP tour.

“It’s difficult if it is about tennis or mentality. They are simply better than us. I mean, every single one of us can beat them in some matches. Just look at the score between Novak and me. I managed to beat him four or five times. However, when you look at the history of tennis, nobody is even close to Djokovic and Nadal, “ Medvedev answered.