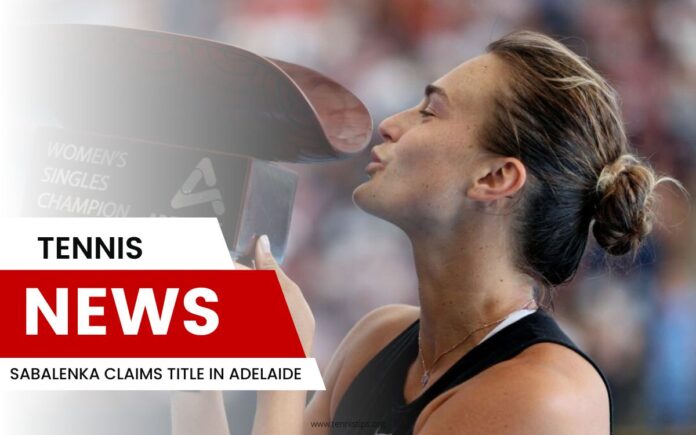 Belarus tennis player Aryna Sabalenka managed to win the title at Adelaide International after she defeated Linda Noskova in the finals in two sets – 6:3 and 7:6.

After she had a trophy-less 2023, Sabalenka won her first title in 2023 in the very first week of the year. This was her 11th WTA title and first since May of 2023, when she won the trophy in Madrid.

The match was 103 minutes long, and although Sabalenka won the first set relatively easily, she had to press on and really work for the second set, which ultimately won her the title.