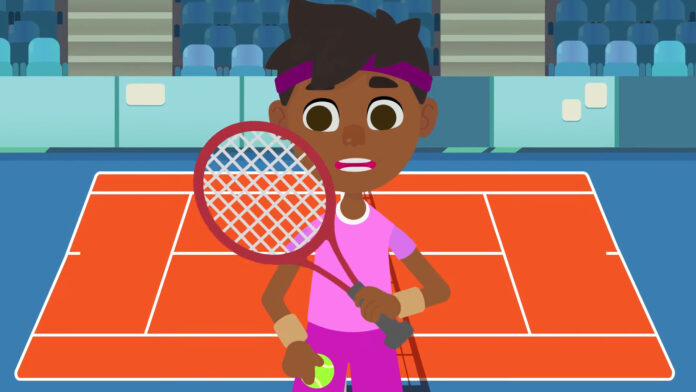 Think about this for a moment.

Experienced tennis players in general are particularly savvy in recognizing their opponent’s awareness during a match and at times will take advantage of inexperienced competitors. Additionally, knowing this sport’s rules and guidelines projects a sense of confidence that you KNOW how to play tennis.

Yes, tennis officials are available to resolve disputes if necessary, but generally they don’t officiate a match unless asked or they elect to do so for some reason or another.

The challenge of learning singles tennis rules is not complicated, in fact grasping tennis rules in general is rather simple and easy to learn. Everyone is unique in their approach in learning these rules, but generally the ‘tennis mind’ processes knowledge through practical application.

In other words, practice is the key to your success. There is no substitution for practice. Practice not only improves your techniques and skills, but as you progress your mind will naturally process tennis rules and guidelines through consistent game play.

Commitment to practice is key, but taking the time to master the mandated tennis rules prior to game play builds confidence and sharpens awareness that deters unfair play when participating in an official tennis tournament.

Tournament officials have officially assigned you and your opponent a court to play a match in the first round in a tournament. It is time to put on your ‘game face’ and prepare to battle.

Prior to initiating game play, competitors typically stretch, warm-up and practice a few ground strokes, volleys, and serves. This is your time to work out some last minute ‘kinks’ and more importantly to scout out the competition’s strengths and weaknesses.

The time limit to warm-up is generally determined by the competitors unless it is stated by tournament officials or written in the tennis rules for that tournament. Although not enforced, the pregame warm-up’s time limit must not be abused and should be limited to a maximum of 10 minutes.

Time to get the ‘ball’ rolling.

At some point prior to game play, you and your opponent must determine…

To determine the privilege of choosing one of these options first, tennis competitors either…

The winner of the toss or spin then has the choice of either….

A tennis competitor earns points if his or her opponent…

If the ball touches a boundary line during game play at anytime, it is considered ‘in bounds’. When the game is over, the competitors move on to the next game where the server becomes the receiver and the receiver becomes the server. The rotation of serves continues until a winner is determine and the match is over.

Singles tennis competition is one-on-one intense activity that will challenge you both physically and mentally.

To advance, the goal is to cover your side of the court with excellence and execute winning shots to earn the most points in a game. Consistently do that and chances are you will win the most games, sets, and ultimately the match.

Singles is the main competition played in the game of tennis, so mastering the single tennis rules is an essential factor to an athlete’s progression when learning and competing in the sport of tennis.