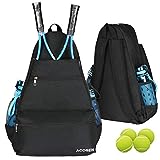 ACOSEN Tennis Bag Tennis Backpack - Large Tennis Bags for Women and Men to Hold...
Check on Amazon
The tennis scoring system is a well thought out set of rules and guidelines specifically designed to guarantee a winner at the end of a tennis game, set, or match.

Spectators unfamiliar with the game of tennis are typically fascinated and pleasantly entertained by the competitive nature of the sport.

Without a doubt, tennis is a high-spirited inspiring sport to watch, but many these spectators eventually find themselves disconnected at various stages of the competition due to the lack of tennis scoring knowledge.

The solution is to gradually learn the tennis scoring system and eventually master the official rules and guidelines acknowledged by tennis communities and tennis organizations around the globe.

The terminology in tennis scoring is easy to learn and understand.

“Game-Set-Match” is the habitual announcement voiced by tennis players and tennis officials to end a competition when the final point is played.

This notification officially finalizes the tennis scoring for that match and if this is the ‘finals’ competition this announcement ends the tournament.

Breaking down the details of the Game-Set-Match concept simplifies the ability to grasp and interpret tennis scoring. Now let’s get down to the ‘nuts and bolts’ of the tennis scoring system.

Competitive tennis athletes are always striving to advance to the next round of competition in a tournament. The ultimate goal is to play for the championship in the ‘finals’.

To achieve this goal, a competitive tennis athlete must…

Prior to playing a match, competitors must decide who or which team will serve first and which sides of the court each competitor or team will initiate game play. A coin toss or racquet spin is the typical action performed to determine the privilege of picking first.

The winner(s) of the coin toss or racquet spin determines either the serving options or which end of the court to initiate game play. The competitor(s) who lost the toss or spin determines the second option.

The servers score is always announced first the entire game with tennis terminology voiced in a manner unique to tennis. 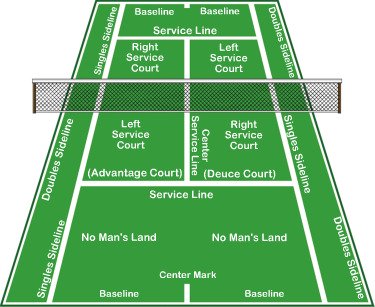 Consequently, if the server loses the next point the score is 40-15 and the server must continue to serve and play out that game.

Deuce is the terminology expressed when the score in the game is 40-40. Remember, in order to win the game, a tennis competitor must gain a two point advantage over his or her opponent.

To win the game when the score is deuce, a competitor must score two consecutive points (one immediately after the other) — otherwise the score reverts back to deuce.

The first competitor to score after the score is deuce is ahead by one point and now has what is termed in tennis as having the Advantage or ‘Ad’ for short. Remember the server’s score is announced first.

If the server was the first player to score after the game score is deuce, then the score is announced “Advantage In or Ad In” by the server prior to serving the next point.

If the receiver was the first player to score after the game score is deuce, then the score is announced “Advantage Out or Ad Out” by the server prior to serving the next point.

The tennis term ‘game point’ is announced when a competitor (server or receiver) is ahead by one to three points and only needs one point to win the game.

For instance, if a tennis competitor’s score is …

This systematic process can also be announced in sets and matches utilizing the terms ‘set point’ and ‘match point’ respectively.

A tennis set is determined when a competitor has won a minimum of six games with at least a two game advantage over his or her opponent. The potential score outcome for a set could be 6-4, 6-3, 6-2, 6-1, or 6-0.

Did you notice I did not mention 6-5? Think about that for a second.

Did you figure out why? Chances are, you did.

Just in case though, let’s clarify this justification.

Keep in mind that a tennis competitor can only close out a set when leading by two or more games. As a result, 6-5 continues game play until a final score such as 7-5 or 8-6 is achieved by one of the tennis competitors.

A competitive tennis set can last as long as an hour or even more unless tie-breaker scoring or no-ad scoring was predetermine as part of the rules for that match.

Tournament rules could dictate a ‘Pro Set’ in an effort to speed up matches if time is of the essence in a competition. When playing a ‘Pro Set’ also known as an ‘8 Game Pro Set’ the winner of the match must win at least 8 games leading with a minimum advantage of two or more games.

Rotation of sides on the tennis court is continuous during a match when the total number of games in a set is an odd number. For instance, let’s say the total game score in a set is 5-4. Just add 5 + 4 = 9. 9 is an odd number, so the competitors rotate sides before starting the next game.

The structure of a tennis match is deliberately designed with an odd number of sets to ensure a winner emerges at the end of the match.

Men’s professional tennis competitors play the best 3 out of 5 sets in Grand Slam tournaments such as the Australian Open, the French Open, Wimbledon or the U.S. Open. The potential outcome could end up in a final score of 3-0, 3-1 or 3-2 for the winner in this type of match.

The tennis competitor who wins the majority of sets within a match is the WINNER of that match competition.

The exhilarating sport of tennis is viewed on numerous household television screens as well as countless tennis arenas around the nation and throughout the world.

Watching top-notch athlete’s battle for each point, game, set, and the match is impressive, to say the least. Watching is one thing, understanding the battles and results is another.

Knowing the tennis scoring system rules and guidelines detailed here is the key to maximizing your tennis experiences when watching a tennis match or a tennis tournament.

Take a look at some of the accessories that can help you track your score easily: 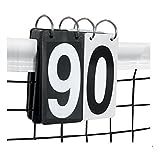 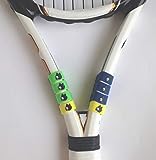 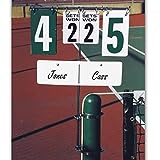 STIGA SensorScore – The Only Fully-Automated Table Tennis Scoring System with...
Check on Amazon 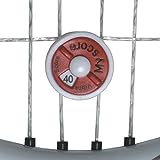