Wimbledon has just finished and now the tennis world’s attention has turned to the US Open, the final Grand Slam tournament of the year. This year’s Wimbledon was partially overshadowed by the decision of the organizers of Wimbledon to ban Russian and Belarusian players and the ATP and WTA’s decision to remove ranking points from the tournament.

Hopefully during the US Open we will be able to focus exclusively on what is happening on the court. This article will provide you with all of the necessary information about the tournament and about the current odds and predictions.

The US Open was first played in 1881, making this the 142nd edition to be played. The tournament is always held at the end of August through the beginning of September. The current singles champions are Daniil Medvedev and Emma Raducanu. The prize money for 2021 totalled a whopping $57,462,000.

The record for the most men’s singles titles in the Open era – 5 – are held by Jimmy Connors, Pete Sampras, and Roger Federer. Even more impressively, Roger Federer won all 5 of his titles consecutively from 2004-2008. Rafael Nadal has won 4 titles and could still tie the record, though his recent withdrawal from Wimbledon due to injury suggests that this year will not be the year.

Since 1978, the US Open has been held at the USTA Billie Jean King National Tennis Center in Queens, New York City. There are 22 courts in the complex including the three main stadiums which are among the largest-capacity tennis venues in the world. These three are the Arthur Ashe Stadium, the Louis Armstrong Stadium, and The Grandstand.

Playing on hard courts is a specialized skill that players who are used to playing on grass and clay can struggle to master. The shots need to be more aggressive. One of our main predictions for the US Open is that Novak Djokovic has a better chance of winning than he did at the French Open. However, Djokovic’s appearance at the US Open will depend on whether or not he decides to get vaccinated against Covid-19.

Serena Williams is only one Grand Slam title away from matching the women’s singles record currently held by Margaret Court. Her brief appearance at Wimbledon placed some doubt on whether she has fully recovered from her recent leg injury, although that record chase is sure to make her even more determined to win a seventh US Open title.

Unlike Wimbledon, the US Open will allow Russian and Belarusian players to compete. Daniil Medvedev, the defending champion, is also the ATP No. 1 and is a favorite to win the men’s singles title. Having to sit out Wimbledon must have been difficult for such a talented player, and he is likely to bring that emotion to the court.

Current French Open champion Iga Swiatek is the best bet to win the women’s singles tournament. She is currently top of the WTA rankings and is more than 4,000 points ahead of her closest rival. That sort of a lead indicates how impressive a young competitor she is.

Tennis is an exciting sport to bet on because it is so dependent on how each individual performs on the day. A single misstep can throw an entire set off, and an unlucky draw can result in a favorite losing early.

While some sportsbooks won’t have odds for the minor tournaments, it is very easy to find odds for the Grand Slams. All major sportsbooks should offer competitive odds for the US Open. If you would like to learn more about tennis betting odds and trends, go to WSN.com – a trusted online sports betting portal.

Making tennis picks requires you to look at several factors. The first is the most basic: which players are competing. Sometimes even the best players don’t qualify for various reasons, or choose not to play. For example, while Rafael Nadal is a smart pick most of the time, he was forced to pull out of Wimbledon due to an injury so it is uncertain whether or not he will be fit for the US Open.

Another important factor to consider is each player’s record on hard courts. Some players specialize in playing on grass or clay and can struggle on hard courts, while others excel on the surface. Clay, for instance, allows for more sliding while hard court is a much faster surface. Not every player can handle transitioning between the surfaces. This is why their record on hard courts matters more than than their overall record when making betting picks.

The last factor to consider is the current ATP and WTA rankings. While upsets can always happen, the rankings are a good indication of each player’s current form.

US Open winners by year

The women’s singles tournament has also had seven different winners over the last 10 years. Serena Williams has three victories over that period and Naomi Osaka has two. There has been one victory each for Flavia Pennetta, Angelique Kerber, Sloane Stephens, Bianca Andreescu and defending champion Emma Raducanu. 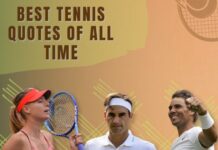