Home News Venus Williams: “I Love Tennis and I Would Like to Play Again” 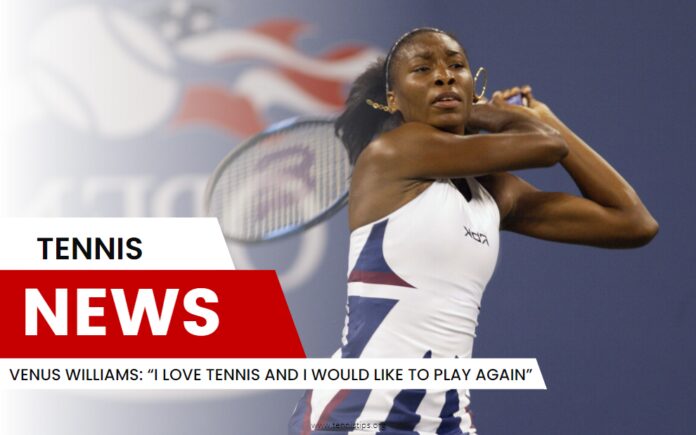 The 42-year-old American has not played since the US Open, where she lost in the opening round in singles and doubles.

Seven-time Grand Slam singles champion Venus Williams has said she has been playing a lot of tennis since her US Open exit and would like to return to the tour in a recent video she uploaded on her YouTube channel.

Williams, aged 42 and now ranked outside the top 1,000 in the world rankings, returned from a one-year lay-off at Wimbledon to play doubles alongside her sister Serena. She then played four tournaments in singles, including the US Open, but did not win a match.

That has not deterred Williams. In fact, she says she has been hitting the practice courts ever since her US Open exit.

“A lot of people have been asking me… ‘are you gonna play again?’ I love tennis, and I would like to play again, and I will let you know exactly when,” Willaims said on her channel. “I’ve been honestly hitting the court a lot, and let me tell you, when I hit the court… right after the doubles match that we played at the US Open. I immediately booked the court the next day, and I went to every single practice in New York. I hit indoors, and I’ve been hitting ever since.”