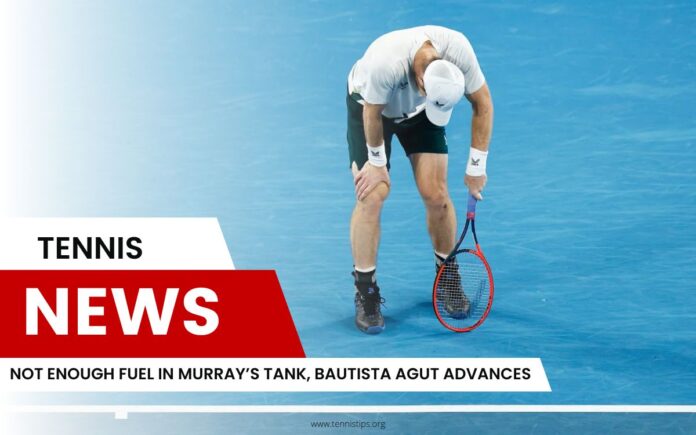 Spanish tennis player Roberto Bautista Agut advanced to the round of sixteen at the Australian Open after he defeated Andy Murray in four sets – 6:1, 6:7, 6:3, and 6:4 after almost four hours of play.

Murray played two fantastic matches in the previous rounds and put on a show, but it seems like he was way too tired and didn’t have enough energy in his tank to fight off highly motivated and energetic Bautista Agut.

Nevertheless, Murray put up quite a fight, especially in the second set, but it wasn’t enough to beat the Spaniard. Bautista Agut will face Tommy Paul in the round of sixteen.