Home News Casper Ruud: “Djokovic Is Still the Best in the World” 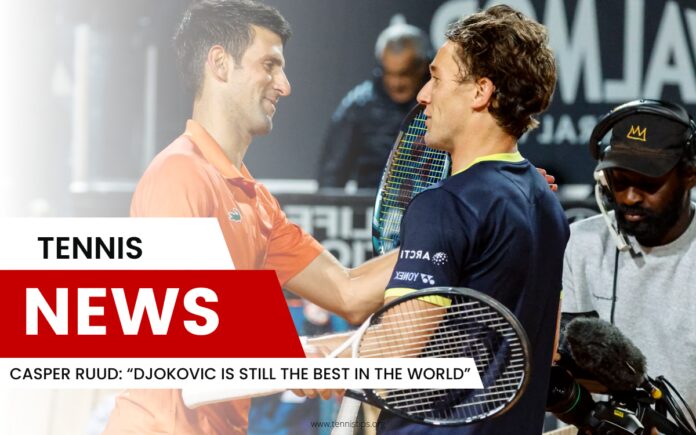 Norwegian tennis player Casper Ruud recently stated that Novak Djokovic is still the best tennis player in the world despite his current seeding on the ATP list.

“Djokovic played amazing throughout the season. He simply didn’t have any luck with the situations he was in. He didn’t get points despite winning the title in Wimbledon and was banned from entering multiple states to play tournaments, which negatively impacted his seeding.” he stated.