Home News Djokovic With a Smooth Win Over Rublev 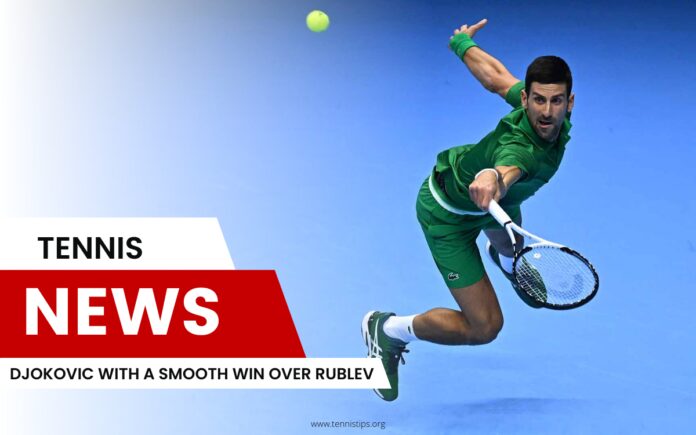 Novak Djokovic secured his place in the semifinals at the Nitto ATP Finals after he blitzed Russian tennis player Andrey Rublev in two sets – 6:4 and 6:1.

The 21-time grand slam champion started the game confidently, but the fight was pretty even all the way until the end of the set when Novak managed to break the Russian’s resistance and gain the lead 6:4, which secured him the first set.

At the very start of the second set, Djokovic put his foot on the gas and converted the break point in the second game. He kept on building on this lead and finished the set in a convincing manner 6:1.

The match was 69 minutes long, and Djokovic once again proved his dominance. In the semifinals, he will face the winner of the duel between Taylor Fritz and Felix Auger-Alliasime.