Home News There Is Debate About “G.O.A.T.” but Not About the Most Consistent One 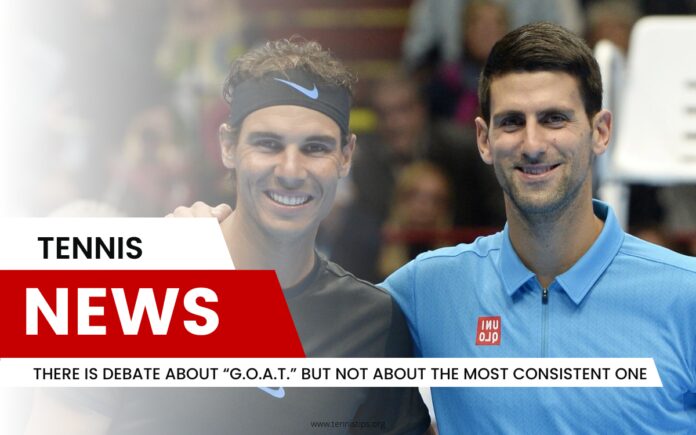 During the first half of 2022, Rafael Nadal put on a show that every tennis enthusiast appreciated by winning the two opening grand slam titles of the year. This success ensured that he would stay among the ten best in the world for a longer period, which is a record that seems unbeatable.

Spaniard has been in the top 10 on the ATP list for incredible 890 weeks. This brings us to the realization that ever since he became part of the tennis elite in 2005, he did not once fall out of the top 10, and the next spring, it will be 18 years since he played the game on a consistent level.

It is only one of the records that currently active players achieved, as Novak Djokovic holds the record of 373 weeks as the number one on the ATP list. Nevertheless, Spaniard’s record is admirable, and there is no debate that he has been one of the most consistent in the big 3.