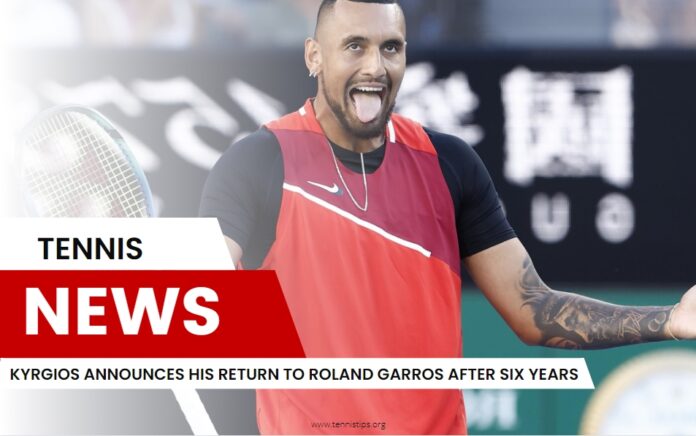 Australian tennis player Nick Kyrgios announced he would participate at the next year’s Roland Garros. This is a very interesting piece of news since Kyrgios did not play this grand slam tournament ever since 2017.

He previously stated that Roland Garros is “the worst grand slam” and that it should be removed from the tennis calendar, but now he has a new motive to compete.

“I’ll take some money in Paris. I played very well on clay and managed to beat Federer and Wawrinka. I usually spend that period of the season at home because if I don’t do so, I will spend eight months traveling, and that is too much,” Kyrgios stated.

According to Nick, there are too many competitions on clay throughout the season. “There are just too many tournaments on clay, and I keep repeating that. You have top-100 players who I don’t even know because they only play on clay, which is pretty silly,” Kyrgios added.