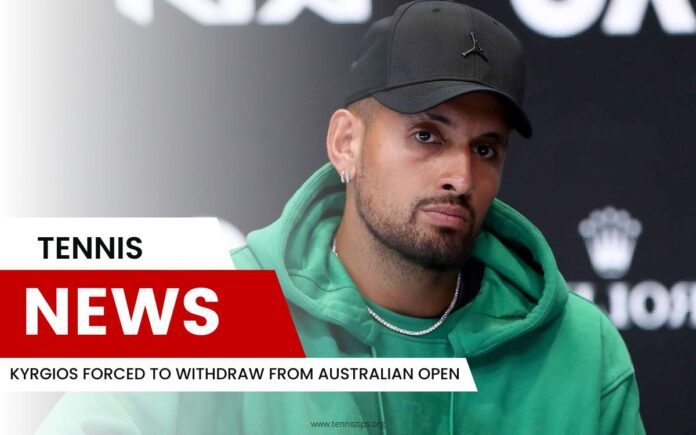 The start of the Australian Open was marked with a piece of shocking news, especially for the home audience. Nick Kyrgios was forced to withdraw from Australian Open due to an injury to his knee.

The home crowd favorite will not attend the first grand slam of the year due to problems with his meniscus. Kyrgios had this problem for a while, and he had to miss the tournament in Adelaide as well, and we had the opportunity to see him only at the exhibition match against Novak Djokovic this year.

“I’m really disappointed, and I know you want to know what’s going on. I’m exhausted from everything. This is pretty brutal. One of the most important tournaments of my career. It’s not easy at all,” Kyrgios said.