Home News Medvedev With a Convincing Start at AO 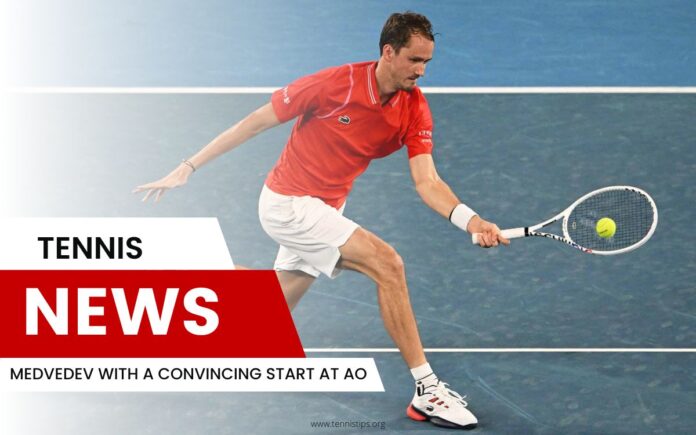 Russian tennis player Daniil Medvedev had an impressive win at the start of the first grand slam of the year. The current 8th player on the ATP rankings absolutely torched Marcus Giron in three sets – 6:0, 6:1, and 6:2, and the match lasted only 97 minutes.

Medvedev was an overwhelming favorite in this game, and he completely justified such a role and expectations. However, he went beyond these expectations and managed to get to the second round in quite an exciting manner.

After 6:0 in the first set Giron won his first game in the second and tied the game at 1:1, but Medvedev again put his foot on the gas and won 5 straight games to get to a 2:0 advantage. The third set was also drama-free, and Medvedev got to the first grand slam win of the year.

In the next round, Medvedev will face the Australian player John Millman, who won in the first round with many difficulties, so Medvedev will have another match in which he will be a favorite.