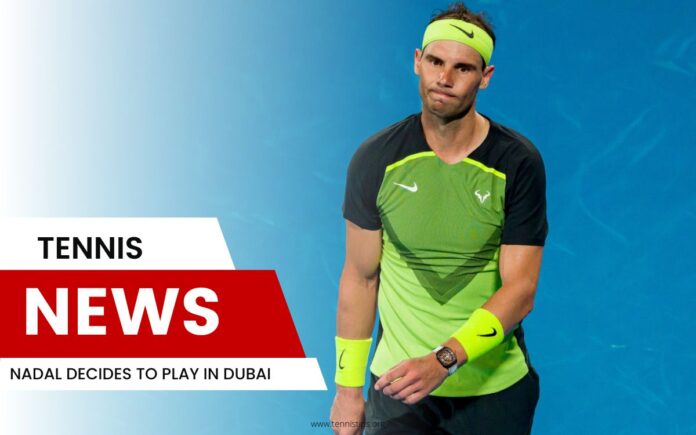 Spanish tennis player and 22-time grand slam champion Rafael Nadal will play at the ATP tournament in Dubai, which will start on February 27th and end on March 4th.

This will be an opportunity to see Nadal at this tournament for the first time after 15 years. He played there in 2008 for the last time, and two years prior, he won it. The prize pool for this year will be 2.855.495 USD.

Rafa is currently ranked number two on the ATP list, and the next week, he will participate in the first grand slam this season, where he will try to defend the Australian Open title.