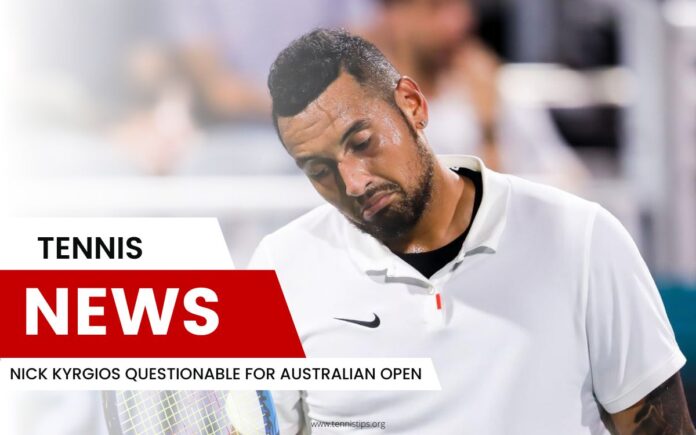 Tennis fans in Australia got the disappointing news as Nick Kyrgios seems to be “questionable” to play at the Australian Open. Kyrgios officially withdrew from the United Cup due to the injury, according to the organizers of the tournament.

He suffered this injury last week during the exhibition tournament in Dubai, and after his withdrawal, it has been decided that Alex de Minaur, Jason Kubler, Zoe Hives, and Ajla Tomljanovic will play for the Australian national team.

Australia will play without its superstar Kyrgios, and since the Australian Open will kick off in less than a month, Nick’s status for this tournament is currently questionable. The member of his training camp said that he would provide a definite answer in the upcoming weeks.