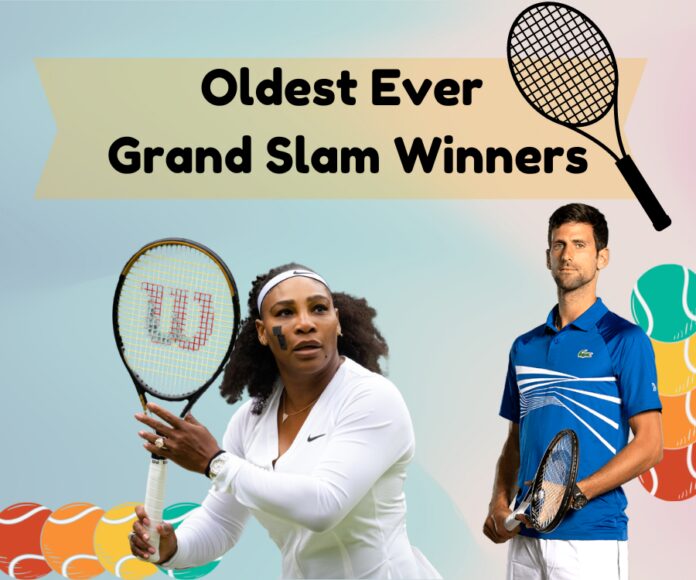 We’re here to provide you with a list of the oldest ever Grand Slam winners so that you can save time and learn all there is to know in only a few minutes! Let’s hop right into it. 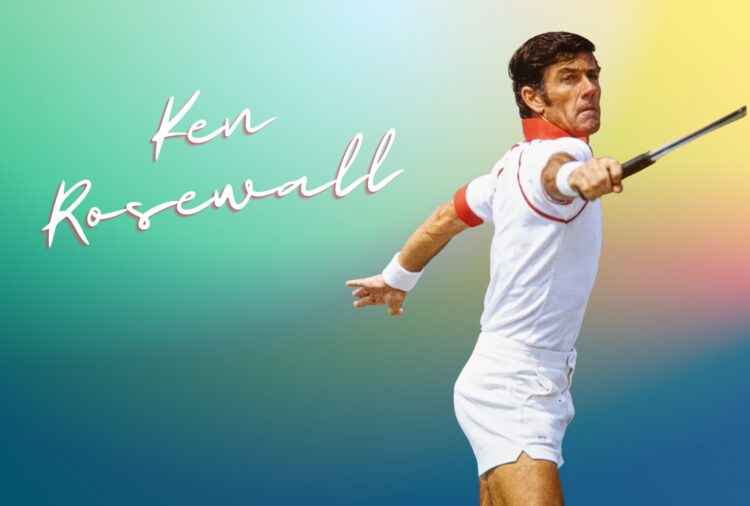 We’ll start our list with Ken Rosewall—an Australian tennis player who was born in 1934 and turned professional in 1956. Rosewall is a very well-known player in the world of tennis, and he has managed to win a record of 23 Majors in singles, which is something people admire and talk about even today.

When he won the Australian Open back in 1972, he became the oldest tennis player to win a Grand Slam. He was 37 years old when he managed to defeat his opponent Malcolm Anderson and claim his title as the oldest ever Grand Slam winner. This record still remains unbroken. 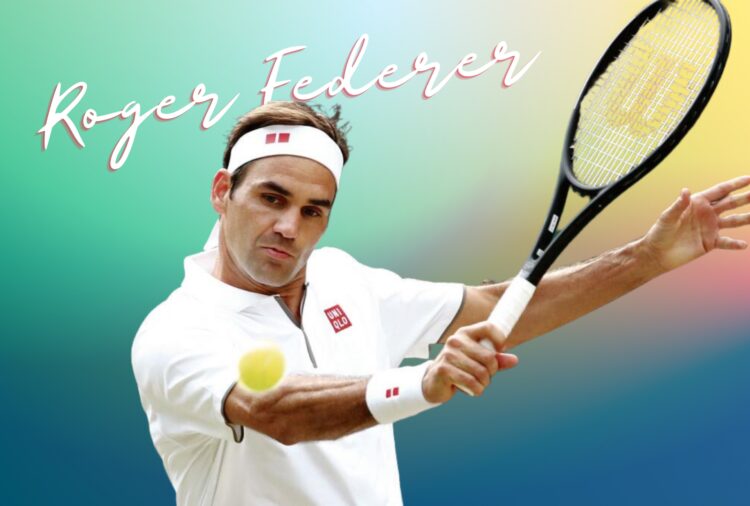 The next three players on our list will include the famous Big Three. The players that we refer to when we say The Big Three are Roger Federer, Rafael Nadal, and Novak Djokovic.

They are considered the best tennis players of all time, and everyone in the tennis community is familiar with their talent and success. When it comes to Roger Federer, a Swiss pro tennis player who has over 100 ATP singles titles under his belt, there is no shortage of notable accomplishments we could mention.

However, since you’re here to find out about the oldest Grand Slam winners, we’ll go with that one. When Federer was 36 years old, he managed to win the 2018 Australian Open. With that victory at that age, he earned a spot on the list of the oldest ever Grand Slam winners. Moving on with Rafael Nadal—also part of the Big Three, and a Spanish tennis sensation. He’s one of the most popular tennis players worldwide, and the fact that he’s been ranked world No. 1 for over 200 weeks, as well as that he is currently ranked world No. 3 by the ATP, speaks volumes about his hard work and fruitful career.

In 2022, Nadal participated in the French Open, and he managed to win. Considering that he was 36 years old when he claimed that victory, he became one of the oldest people to win a Grand Slam, right behind Federer. A fun fact about Nadal is that he has managed to win a record total of 14 French Open singles titles, which is honorable. 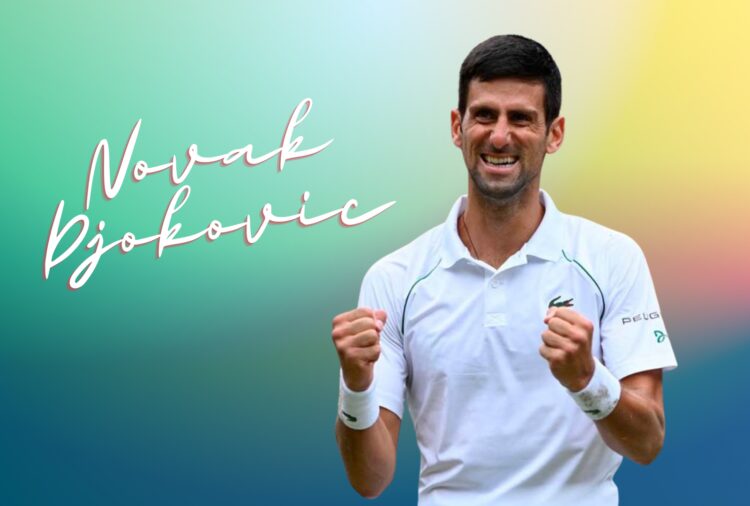 Novak Djokovic is considered the best tennis player in history by many. The fact that he held the world’s No. 1 ranking for the whopping 373 weeks (which still remains an unbroken record) is astonishing and goes to show that he deserves all the respect and fame that he gets.

So far, Djokovic managed to claim 21 Grand Slam singles titles, which include a record of 9 Australian Open titles. However, he is still an active player and on his way to winning a lot more of these. The last Grand Slam title that he won was at Wimbledon, and it puts him on the list of the oldest players to win a Grand Slam since he was 35 years old when he won it.

It’s time to mention one of the best female tennis players of all time—the amazing Serena Williams. Williams is widely considered the best player ever and for a good reason. She held the singles world No. 1 ranking for over 300 weeks!

One of her most notable accomplishments includes the 23 Grand Slam singles titles, which is still considered a record. That is the most that any player, male or female, managed to win in the Open Era.

In 2017, Serena Williams played against her sister, Venus Williams, at the Australian Open. Eventually, she managed to defeat her sister and claim her victory, as well as her 23rd Grand Slam title. She was 35 years old at the time. 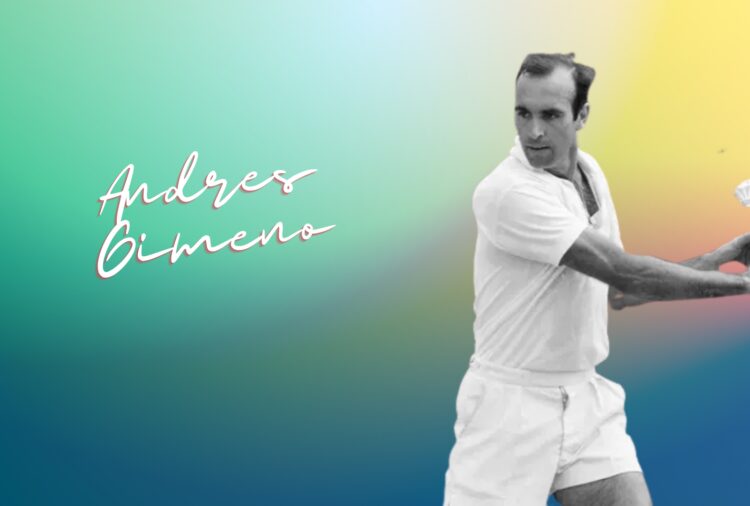 Let’s continue with Andres Gimeno and his victory at the French Open. Gimeno was a Spanish tennis player who turned professional in 1960. He was a very successful player in Spain, and he also represented his country in the whole of Europe. Flavia Pennetta is a former Italian tennis player who was born in 1982 and turned professional in February of 2000. Although she doesn’t play anymore and is retired, her accomplishments are incredible.

Some of her biggest achievements include the fact that she was the first Italian player who was ranked the world No. 1 in doubles, as well as winning a total of 11 titles during her career. When Pennetta was 33 years old, she managed to win the 2015 US Open. That is why she is considered one of the oldest players to claim a Grand Slam title as well. 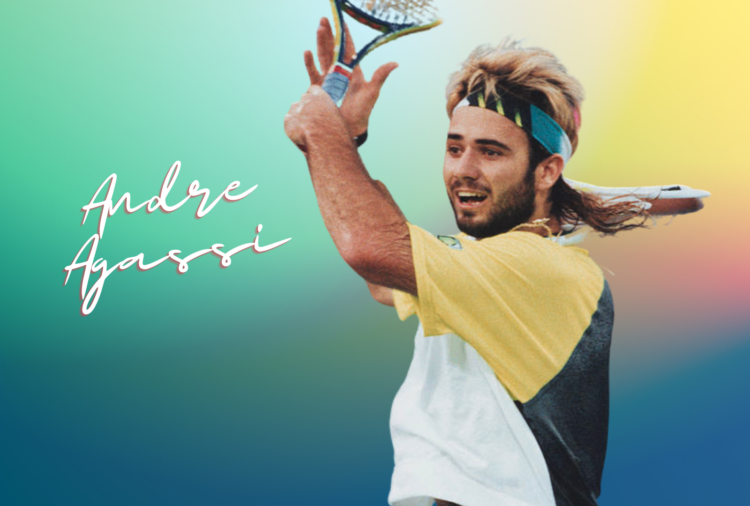 The last player we’re going to mention is the one almost every tennis fan knows and loves—Andre Agassi. Agassi is an American former tennis player who boasts a whopping total of 60 career titles.

He is widely recognized in the tennis community as one of the most talented and skilled tennis players, and one of the only 5 players who managed to claim a Career Grand Slam in the Open Era. In 2003, when Agassi was 32 years old, he won the Australian Open when he beat his opponent Rainer Schuttler. With this victory, he became one of the oldest tennis players to win a Major.