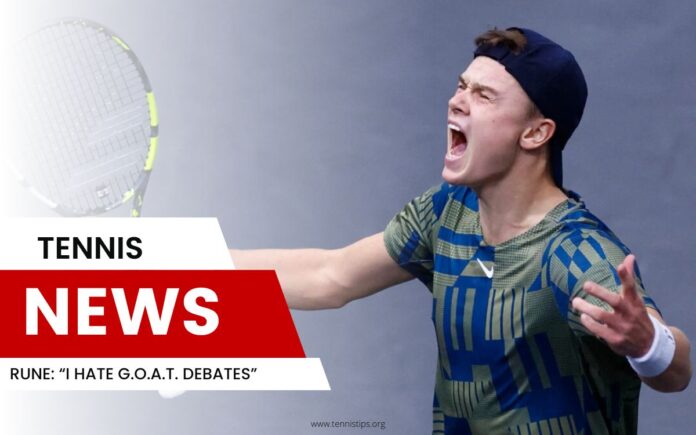 Holger Rune has a lot of confidence entering the upcoming season. There are plenty of expectations for the young Dane, especially after the events at the Masters in Paris, where he managed to defeat five players from the top ten on the ATP rankings, including the triumph against Novak Djokovic in the finals match.

Rune himself believes that he can make a step forward during the next season and that he will be highly competitive at grand slam tournaments, even against Djokovic and Nadal.

“I believe in that. I’m happy that both of them will be there since there is no doubt they have set incredibly high standards,” Holger said.

On the question of who he considers the best tennis player of all time – Djokovic, Federer, or Nadal, young Rune had an interesting response.

“I don’t think about it. I hate G.O.A.T. debates. Everyone talks about who had won the most titles, who won the most grand slams, who was the longest at the top of the rankings… I mean, all of them are amazing. They achieved something that changed history and showed younger generations that everything is possible.

“However, the records are there to be broken, and it is up to us, young players, to work hard and succeed in it. I believe that tennis will be even better in the upcoming period,” Rune stated.