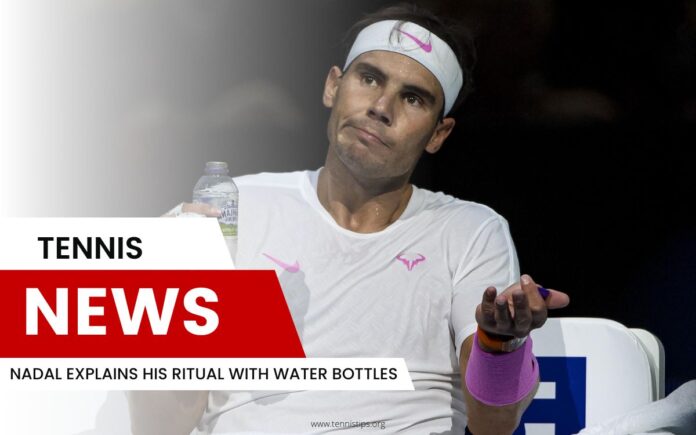 Spanish tennis player Rafael Nadal, aside from being a 22-time grand slam champion, is also famous for having a number of rituals that he obsessively repeats ahead, during, and after his matches. He recently explained some of these rituals.

The 36-year-old “Bull from Mallorca” revealed that throughout his whole career never broke a single racquet.

“I’ve broken zero so far. My family never allowed da break racquets, and for me, such act would mean that I don’t have control over my emotions,” Nadal stated and continued on the subject:

“There are kids who would love to own a tennis racquet. If I’m losing the game, it is my fault, not my racquet’s. I’ve always had self-control. My philosophy is to never give up in both sports and life,” he concluded.

As far as Rafa’s rituals go, he is also famous for the delicate placement of his water bottles in the same spot every time.