Home News Sabalenka Advances to the Quarterfinals in Adelaide 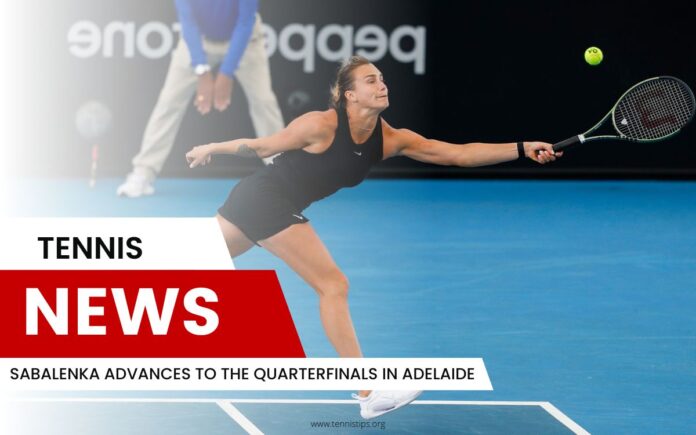 Sabalenka earned her first victory of the year after a huge battle and match that lasted over two hours. Current WTA number five had many problems in the first set, as Samsonova held the lead of 5:1 at one point. However, Aryna managed to come back and win the set after almost 80 minutes of play.

At the start of the second set, players exchanged breaks, and the battle was intense until the very end of the set, which Sabalenka won in a tiebreak. In the quarterfinals match, she awaits Marketa Vondrousova.