Home News Serena Says She Has Not Retired From Tennis 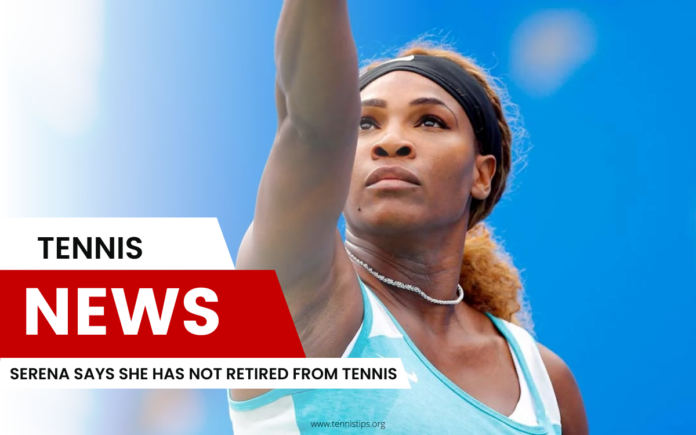 Serena Williams announced she was “evolving away” from the sport in August, prior to the 2022 US Open, and received a heartfelt send-off following her loss to Ajla Tomljanovic in New York.

She says she has not retired from tennis and that the chances of her returning are “very high” after she previously indicated that she would step away from the sport.

Williams, 41, said she was “evolving away from tennis” in an essay in August, and while she did not confirm the US Open as her farewell event, she was given lavish tributes before each match in New York and waved an emotional goodbye after losing in the third round to Ajla Tomljanovic.