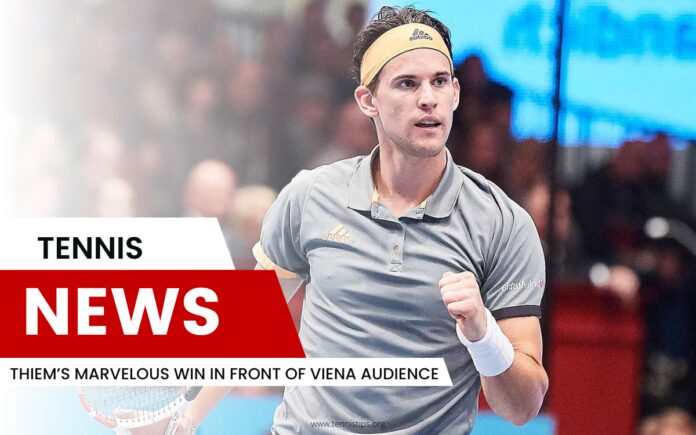 Austrian tennis player Dominic Thiem managed to advance to the next round of the Viena Open in front of the home crowd after he defeated American Tommy Paul 2:6, 7:6, and 7:6. With this victory and previous semifinals in Antwerp, he showed that he was well on the road to return to his old self.

Paul opened up the game at a better pace and won the first set 6:2. However, Thiem managed to turn things around and win both of the next two sets after close tiebreaks.

In the next round, Thiem will face the winner of the duel between Russian player Daniil Medvedev and Georgian Nikoloz Nasilashvili. The end of the season is near, so there will be plenty of good tennis in the upcoming period.