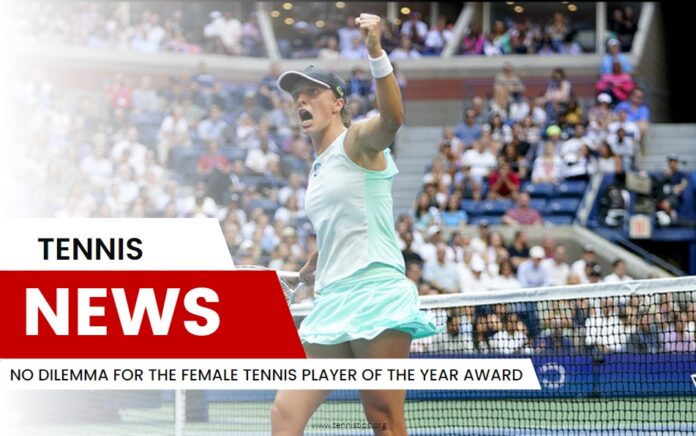 On Monday, WTA announced this year’s award winners, and as expected, Iga Swiatek was officially named 2023 WTA player of the year.

World’s number one had a fantastic season behind her, in which she managed to win eight trophies, among which two were the most valuable – Roland Garros and US Open. Polish player won 67 matches this year and managed to break the record with 37 wins in a row.

For the best doubles team of the year, Czech players Barbora Krejickova and Katerina Siniakova were picked as the best. This is their second year in a row to win this award. Throughout 2023, they won three titles, all grand slams. They only failed to win Roland Garros.