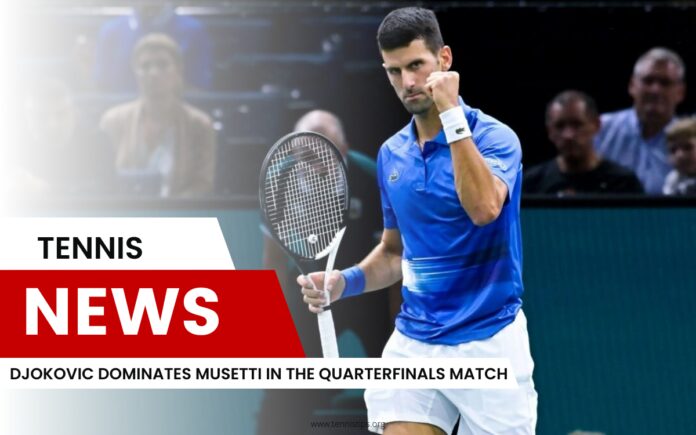 Serbian tennis player Novak Djokovic advanced to the semifinals at the Masters in Paris. He did so in convincing fashion after he defeated Italian tennis player Lorenzo Musetti in two sets in only 75 minutes – 6:0, 6:3.

Right from the start of the match, it was obvious that Djokovic meant business and that he entered the match prepared and motivated. With his amazing returns, he absolutely crushed Musetti, and although he had slight energy and concentration drop at the start of the second set, he quickly recovered and ended the game.