Home Sports Who Are the Favorites to Win Wimbledon 2022?

With the Australian Open and the French Open behind us, it’s time to turn our attention to Wimbledon, the most widely anticipated tennis event of the season. Wimbledon is generating buzz for a variety of reasons.

The Australian Open this year was overshadowed by the drama surrounding Novak Djokovic, his refusal to be vaccinated against Covid-19, and his subsequent deportation from Australia. The French Open, meanwhile has generated less interest than usual, perhaps still due to Djokovic’s actions.

At Wimbledon Rafael Nadal and Djokovic are set to face off once more and there are some young players that have caught the odds makers eyes. On the other side, the decision to ban Russian and Belarusian players has resulted in the ATP removing ranking points for the event.

Whether this impacts which players decide to attend and how that will effect the odds remains to be seen in the coming days and weeks. No matter what, it should be an exciting competition to bet on, especially with Roger Federer out due to injury and Nadal not at his peak.

When Americans think of sports betting, tennis isn’t one of the first sports that springs to mind. We’re so new to being able to bet, we often only associate it with the big major league sports like the NFL and the NBA. However, betting on tennis has been popular in other countries for years.

Sites like bookmakers.com have become even more popular in recent years because of the promotions they are able to offer. Unlike their land-based equivalents, it is easy for online sportsbooks to have welcome bonuses like deposit matching or no deposit betting.

The full schedule and list of competing players won’t be released until June 27th so for now we’ll have to speculate on who the favorites are.

Before we discuss who the favorites at the year’s Wimbledon are, let’s take a brief look at the oldest of the Grand Slams. The first Wimbledon tournament was held in 1877, making it one of the oldest annual sporting events in the world. In 1884, Women’s singles were added to the tournament.

Wimbledon is the only one of the Grand Slams to be held on grass – the Australian and US Opens are held on hard courts and the French Open is held on clay. There are 18 courts, including the famed Centre Court. All players are required to wear entirely white outfits – including any accessories.

In 2019, over the two weeks of the tournament, attendance was over 500,000. This was the second highest in the history of Wimbledon and shows that unlike some sports, the appeal of tennis has continued over the decades and it remains a favorite.

With the absence of Russian players, including the world No. 2 Daniil Medvedev, and the potential for players to drop out since the event will not generate ATP ranking points, the chances of an upset by a lower ranked player are higher than usual.

All that being said, with Djokovic playing he is still the number one favorite to win. His absence from the Australian Open followed by his crushing loss to Nadal at the French Open have been setbacks but ultimately haven’t derailed the 20-time Grand Slam winner.

He does have some fierce potential competitors however. Carlos Alcaraz, the 19 year old Spanish star, has had a phenomenal season so far and has youth on his side. Caspar Rudd is another young player who has been rising through the ATP ranks and could pose a significant threat to Djokovic’s dominance.

Iga Swiatek is the current WTA No. 1 and a clear favorite to win the Women’s singles at Wimbledon. The 20 year old Polish player is fresh off consecutive wins at the Stuttgart Open, the Italian Open, and the French Open. If she can maintain that momentum she could be unstoppable.

Naomi Osaka, the former world No. 1, has stated that she is unsure if she is going to attend since she feels that she gets a lot of motivation from seeing her rankings go up and without ATP points that won’t happen. Should Osaka choose to participate, however, she is one of the favorites to win.

Two notable absences from the qualifying lists are Venus and Serena Williams. It is possible that either or both of the Williams sisters will qualify as Wild Cards but there is some speculation that neither will appear due to injuries earlier in the year. This does open the field a bit.

Joe Salisbury is currently the world No. 1 in Men’s doubles. He is the obvious favorite to win, especially considering he will have the support of most spectators behind him. Tennis might not draw as rowdy of an audience as most other sports but a quietly supportive audience can still be felt by the players.

Salisbury has been partnering with American Rajeev Ram. He is currently ranked No. 2 by the ATP. The two have had an exciting partnership and a great year so far with some historic wins. They are the overall Men’s doubles favorites.

Last year’s winning pair, Elise Mertens and Hsieh Su-wei have not been partnered this year. Mertens and her partner Veronika Kudermetova made it to the semi-finals at the Australian Open and then won the Dubai Tennis Championship. However, Kudermetova will not be allowed to play at Wimbledon.

This could change things significantly. Depending on who she partners with, Mertens will still be the general favorite. Up and coming young player Coco Gauff and fellow American Jessica Pegula are also a powerful partnership. Gauff and Pegula are serious contenders.

The Mixed doubles draw won’t be announced for several more weeks so it’s difficult to predict who the favorites will be as we don’t yet know which players have an interest in participating. What we do know is that the changes to the scheduling announced last year could have an impact on who plays.

Last year it was announced that the event would be moved from the final day of the tournament to earlier in the week and that only 32 pairs would be competing. The main concern is that fewer top players will be willing to sign up since that may still be competing in the singles events before the doubles begin.

This is a valid concern and could have a serious impact on the event. Conversely, it could give younger and less experienced players a chance to shine. We’ll have to wait and see how it plays out. 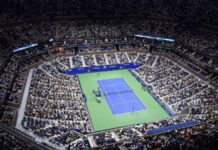 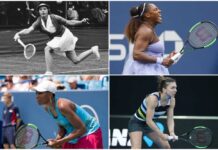