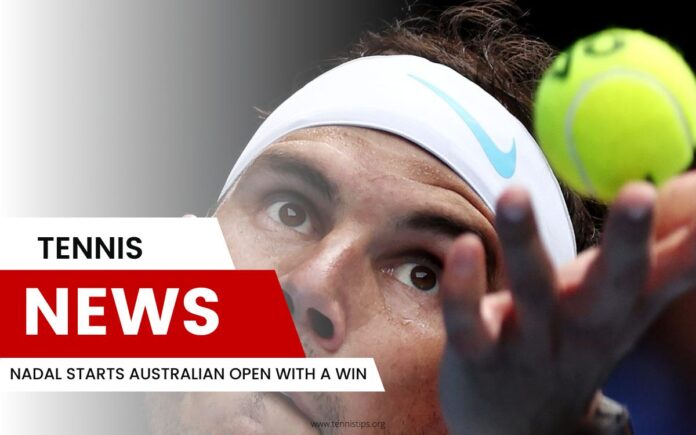 Spanish tennis player and 22-time grand slam champion Rafael Nadal advanced to the second round of the Australian Open after he defeated British player Jack Draper in four sets, 7:5, 2:6, 6:4, and 6:1.

The match was a bit longer than anticipated and lasted three hours and forty-three minutes. Although Nadal won the first set, he struggled a lot in the second, and at one point, he was four games behind Draper.

However, he managed to regain his focus and won the third set 6:4, and finished the job in the fourth, taking it convincingly, 6:1. Spaniard will face Mackenzie McDonald in the next round, who defeated his countryman Brandon Nakashima in five sets.