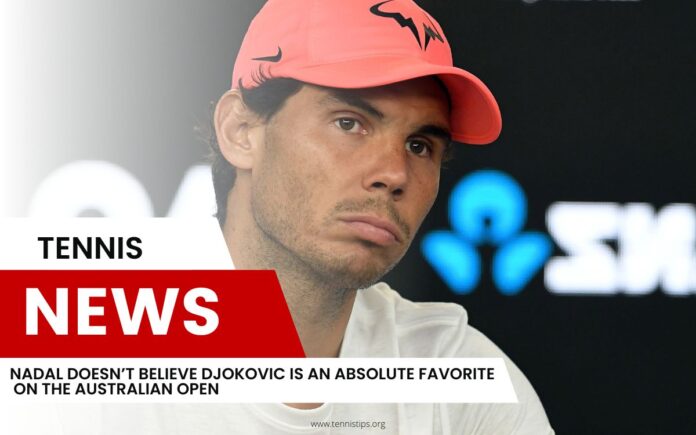 The Australian Open approaches slowly but surely. Rafael Nadal is a defending champion at the tournament, and in this battle, he will have to go through some of the best on the planet, including the 21-time grand slam champion and 9-time Australian Open champion, Novak Djokovic.

Despite his unbelievable stats, Nadal is not entirely confident when the subject of Australian Open favorites is mentioned.

“It is clear that someone who won the title in Melbourne is in the narrowest circle of players who are candidates for the title next year. However, I wouldn’t say that Djokovic is an absolute favorite. There are many players who can go all the way,” Rafa said.

He also added: “My goals are always the highest. I want to be competitive in every tournament I show up. If someone told me that I would play as a 36-year-old, I wouldn’t trust them. However, despite injuries, I’m still here and ready for the highest reaches.”