Home News Nadal Gets Heavily Criticized After the Loss in Paris 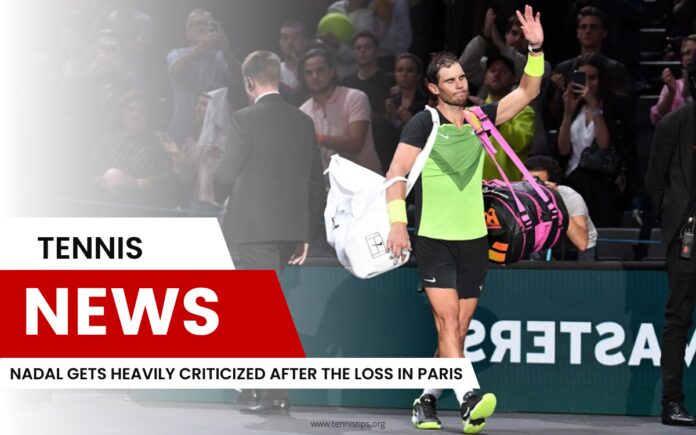 Fans can be relentless sometimes. They do not forgive when their favorite players lose, even if it is the first round of the masters tournament. You can be 36 years of age, struggle with injuries, and win two grand slams in the season and still get criticized.

You guessed this is about Rafael Nadal. He was defeated in the second round of the Masters in Paris, where American tennis player Tommy Paul got the better of him. However, the comments after the match were mostly critics, and they were pointed toward Rafa.

There were many comments about him being too old and that he should retire and save his legacy. This was the first time Nadal failed to advance to the round of sixteen in two consecutive masters tournaments in his career.

“I will try to fly over to Turin a bit earlier to train and give myself a chance. This might be one of my last end-of-the-season Masters, and I want to enjoy myself. I have to play a couple of sets against some of the finest players to feel competitive again,” Nadal stated.